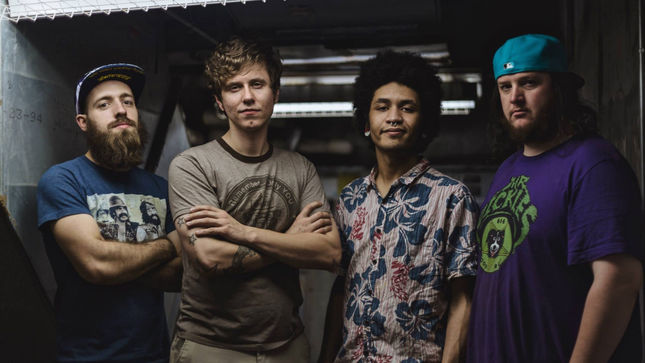 The album track “Requiem” is streaming below:

Invoking The Abstract is a four-piece unit hailing from Columbia, South Carolina. Formed in 2010, guitarists Tyler Ivey and Evan Garner started composing music for their new project. After the release of their first EP in 2012, they joined forces with percussionist Ryan Meadows and bassist Joseph Carrabotta. The band recorded Aural Kaleidoscopes at The Basement Recording Studios with Jamie King (Between The Buried And Me, The Contortionist, Scale The Summit). Priding themselves on utilizing various approaches to rhythm, phrasing, and playing styles that conveys a sound that traverses genres, Invoking The Abstract's broad style, containing both soaring guitar solos and groovy mixed meters, creates a blend of catchy hooks accompanied by churning technical metal.

Comments the band, "Aural Kaleidoscopes is a diverse and precise album written to challenge us as musicians and composers. Each song is composed in a different key, none of which are repeated until the final track that transforms the keys into a serialist scale. Some songs are composed to freely flow from one to the next, as others stand alone as achievements in their own right, creating a partial concept album. This album is also our first experiment with completely instrumental arrangements leaving the interpretation of each piece to the listener."

Check out the band's play-through video for "Necropolis", as well as "Locus":