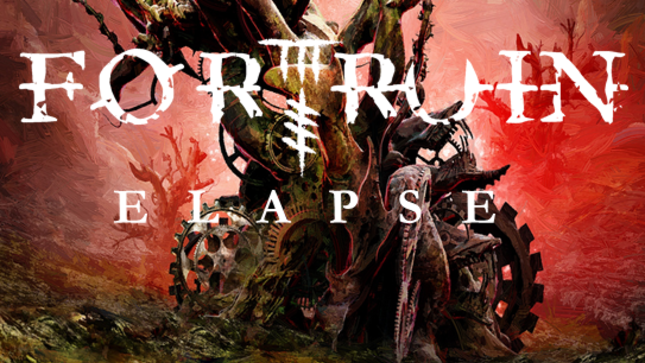 Irish metal band For Ruin has announced their four track digital-only EP titled Elapse. The EP will be available on September 17, 2020 digitally on Spotify, Apple Music, Bandcamp and all other common streaming platforms. The first digital single from the EP, “Fuel To The Fire”, is streaming below.

The single marks the band’s first release in 7 years – the previous release being the band’s third full-length titled Ater Angelus, released in August 2013.  The band took a hiatus after this period for several years, playing only sporadic shows in the period since.

Founder and current sole member John Murphy reignited the band’s spark over the past 2-3 years, writing a wide range of new material. Once a home studio renovation was completed, he began to refine and record songs aimed at both For Ruin and also the doom band he is active in, The Grief (whose debut EP’s are both being released in 2020).

Eight For Ruin songs have been recorded and performed by Murphy at The Barn and these are being released over two digital EP’s the first of which is titled Elapse, while the second EP will be titled Relapse and will be released in the autumn.

The eight songs have been mastered by Marko Tervonen (The Crown) during August 2020 at Studio-MT, in Sweden.  Artwork for both EP’s comes from Ken Coleman (Morbid Angel, The Cranberries etc.) and track four, “The Measure Of A Man”, features a guest bass performance by Pete Lawlor who has played on For Ruin releases since Last Light (2009).