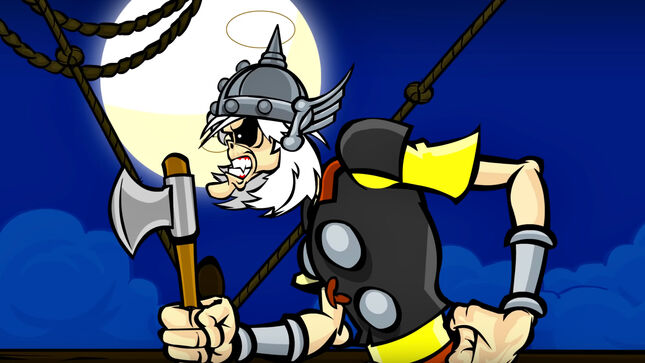 Brazil-based animator, Val Andrade, has released the latest cartoon in his series, "The Tales Of The Iron Maiden". The cartoon based on The Number Of The Beast album track, "Invaders", can be seen below: