IRON MAIDEN Bassist STEVE HARRIS On His Stage Fright - "I Don’t Really Get It Much These Days... If I Do Get It, It Would Probably Be With BRITISH LION" 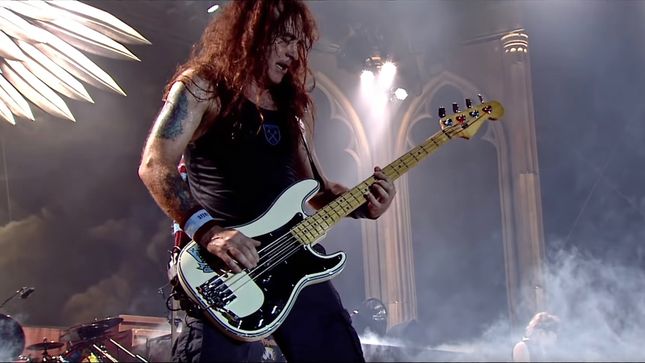 Iron Maiden bassist Steve Harris is featured in a new interview with Guitar World, in which he discusses his side project British Lion, songwriting, and why his SansAmp is a carry-on essential when touring. In the following excerpt, Harris discusses stage fright.

Q: Do you get stage fright anymore?

Harris: "I don’t really get it much these days. If I do get it, it would probably be with British Lion, maybe at the beginning of a tour, if you’re doing a new album. We’ll have rehearsed it enough, but it’s not the same as going out there and playing it, so you might be a little bit edgy. The key is just being confident and rehearsing enough, but sometimes with British Lion, it’s just not possible."

Q: Is that simply down to everyone having different schedules?

Harris: "Yes. In fact, I did that with one tour. I finished a tour with Maiden, rehearsed the next day with them for one day, and then went out on tour. But that doesn’t mean it’s unprofessional, it just means that they’re more rehearsed than I am. I rehearse on my own and it still works, but it’s not ideal, is it? I would prefer to rehearse together, but there’s physically not the time.

"It hasn’t really made any difference. I don’t think people notice. It’s not like I’m making mistakes or anything like that. I’ve gone out there and maybe not been as confident as I would be, but you’ve just got to go for it, really. It’s a challenge and it gives you an edge, definitely."

British Lion recently announced that they've added five headline shows to their summer festival run. You can see a full list of dates below. Tickets are on sale now. 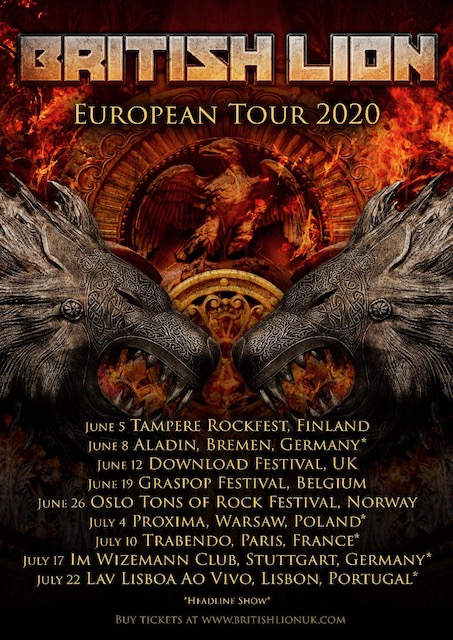