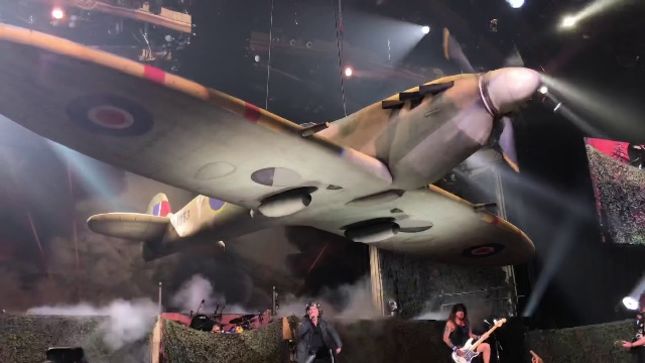 Iron Maiden hit Barclays Center in Brooklyn, New York on July 26th. Capital Chaos TV was there to capture the action and have posted a 4-camera edit of "Aces High". Check it out below.

British metal legends Iron Maiden are performing not just one, but TWO shows at the Budweiser stage in Toronto on Friday, August 9th and Saturday, August 10th. Put on your drinking cap because prior to the band hitting the stage, Iron Maiden’s Trooper Beer and BraveWords are hosting pre-party bashes at the Bovine Sex Club’s Tiki Bar in downtown Toronto from 4Pm to 7PM on both days!

Get there early because there will be lots of prizes and Trooper swag!

For more info visit the event page on Facebook and Trooper beer here!