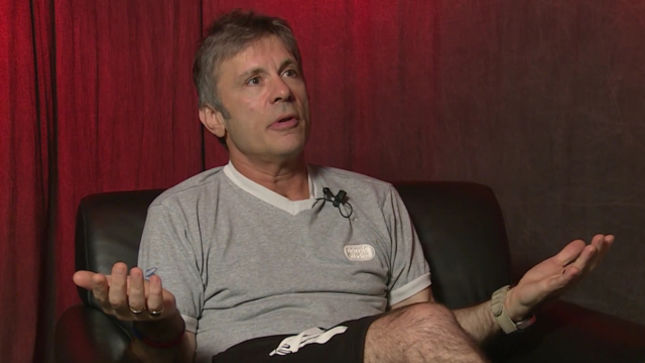 France-based Hard Force recently spoke with Iron Maiden frontman Bruce Dickinson about the band's new album, The Book Of Souls. During the conversation, available below, he reveals that "If Eternity Should Fail" was originally planned as the title track for Dickinson's next solo album, which is currently in the planning stages.

Iron Maiden are back at the top of the Official Albums Chart in the UK this week with their new album, The Book Of Souls, reports OfficialCharts.com.