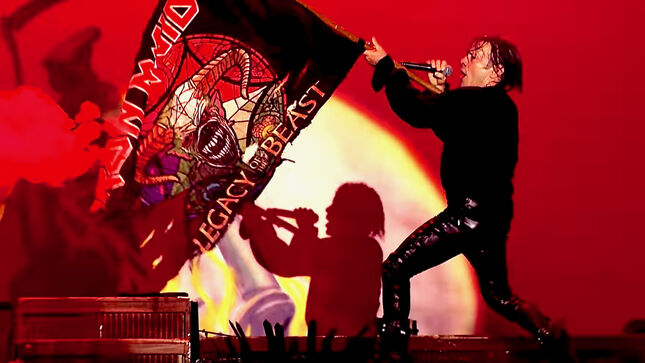 A message from the band states: "We are very sorry to announce that due to the ongoing situation in Ukraine, the promoters have cancelled the two Iron Maiden shows scheduled for May 29th in Kyiv and June 1st in Moscow on the 2022 Legacy Of The Beast World Tour. Ticket-holders for both shows will be informed by the respective promoters on refunds at the appropriate time. Our priority is, and will always be, the safety of our fans."

Split into two parts, the first section of his spoken word tour sees Bruce taking a humorous and often satirical look at the world from his own very personal perspective, treating the audience to private insights into his drive and ambition, peppered with plenty of Maiden anecdotes, and a myriad of other experiences encompassing not just the giddy heights but also the extreme lows, told first-hand in his inimitable anarchic style, punctuated with photographs and sometimes even erupting into song a-capella, to illustrate a point.