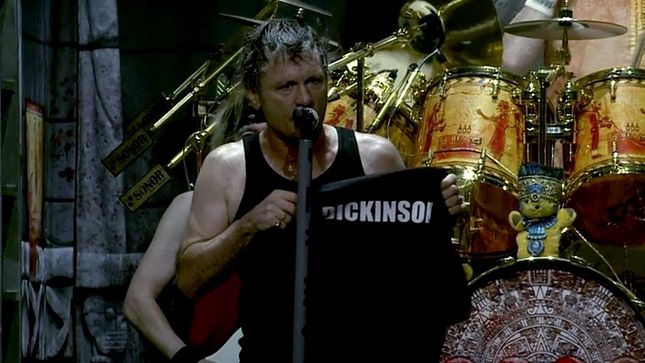 British metal icons Iron Maiden recently took their Book Of Souls tour to New Zealand and singer Bruce Dickinson was honored with an official jersey from the Rugby World Cup champions the All Blacks. Check out video below:

For the New Zealand dates in Christchurch and Auckland, Iron Maiden released an All Blacks-themed t-shirt as a tribute to their Rugby World Cup victory last year.