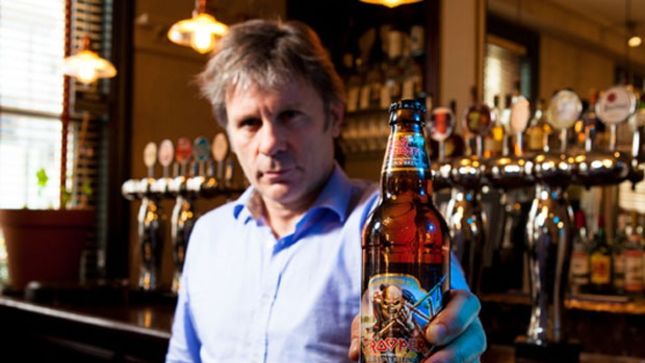 According to Morningadvertiser.co.uk, after selling more than five million pints of Trooper, Iron Maiden frontman Bruce Dickinson has begun plans to develop new beers. "We may develop some more beers in the future and I've got a couple in mind, but we're quite away from making any decisions yet. The key thing is that they will be under the umbrella of Trooper and not Iron Maiden. Trooper has taken on a life if its own. People drink it because they like the beer, not because they are Maiden fans."

Robinsons Brewery unveiled the drink in May 2013. The ale takes its name from the band’s classic 1984 single The Trooper and the bottle features the same image as that release – band mascot Eddie taking part in the charge of the light brigade. The beer has the history of the 1884 battle on the back of each bottle.