IRON MAIDEN’s Legacy Of The Beast – The Valkyrie Siren Strikes

Iron Maiden: Legacy Of The Beast mobile game is now available on iOS and Android platforms.

In the video below, check out Kari, Valkyrie Siren and the Perfect Healer.

In a previous video, learn how to use team decks and save your favorite teams.

Their latest release has opened Brave New World, and launched three Dungeons: the Garden Of Life, the Garden Of Dismay, and the Garden Of Fear. Challenge grueling waves of corrupted creatures, and face off against a terrifying new boss.

In the video below, learn how to power up your characters and maximize their skills.

Check out a previous video tutorial on how to maximize your sacrifices:

In another video, Legacy Of The Beast introduces Mystic Eddie. Mystic Eddie's special attack delivers two hits of magic damage to all enemies and a 50% chance to Trigger Doom effects currently on enemies, instantly killing them.

Check out a new tutorial video about the game's evolving characters: 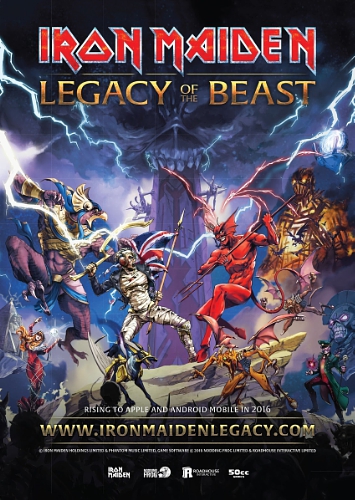