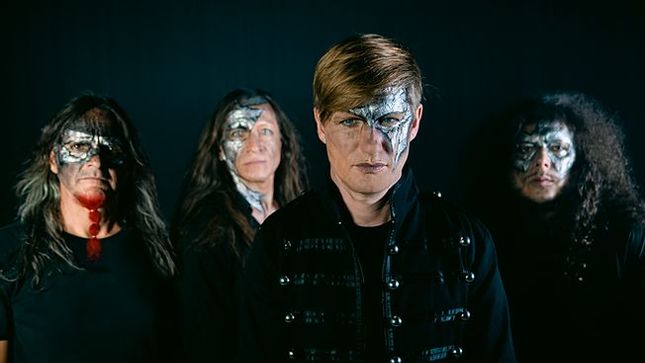 Iron Mask has released their brand new video / single “Tree Of The World” from their seventh album Master Of Masters, which will hit the streets December 4th via AFM Records.

The first taste from the new Iron Mask album sees the band return with a real crowd-pleaser. "Tree Of The World" has slight celtic influences, galloping drums and a jaw-dropping solo courtesy of the guitar wizard and main man Dushan Petrossi. A true metal anthem!

There’s not only Odin when it comes to mythology and pagans gods, there's also Svarog, God of gods and all slavic people. The world tree carries the earth, hell and heaven and is their old symbol.

Dushan Petrossi managed to write his best material ever and all 12 songs have that perfect combination of pure metal, easy-listening feel with progressive touches, beautiful orchestrations with virtuos playing and catchy melodies. The band succeeded again - even during these strange times - to record with full-on passion, energy and fire. The entire process went fast and smooth, as all was directed by the Gods themselves. Everything was written, recorded and mixed in less than six months.

It has been a long search, but with Mike Slembrouck joining the band as lead vocalist, it’s a perfect fit. Iron Mask finally found the singing gem and truly committed band member, they’ve been searching for so long and it was hidden in Belgium.

Oliver Hartmann (Avantasia, Hartmann) joined in again for this MASTERpiece and took up one song as guest vocalist and all the album choirs.

After 20 years, six albums and the most devoted fans around the world... the best is now to come.