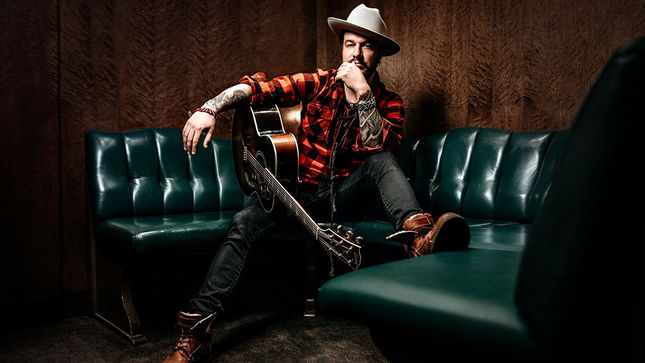 German singer-songwriter, Jack McBannon, has just released his brand new single, “Set Me Free”, via Rodeostar/Napalm Records, taken from his upcoming emotive new album True Stories, to be released on February 19. A video can be found below.

Jack McBannon began his consistent career as a real DIY artist. His last two studio albums were written, recorded, produced by himself - a strong nod to his passion and persistence as an artist.

True Stories is more than just another singer-songwriter album, it’s a trademark - Jack McBannon’s individual musicality is not only audible, but perceptible with every note he plays and sings. His warm and slightly raspy voice coalesces with his music to create a unique sound combining modern acoustic rock, blues and country, paired with incredibly personal lyrics.

Jack McBannon composed “Set Me Free” back in 2010. Looking back a few years, he remembers: “At the time, I wasn’t doing so well, I was unhappy and my own personal grunge had me in its grip. But now that I’m doing much better, I rewrote a good part of the lyrics to give them a more positive spin: that everyone always gets another chance. I’m living proof of that.”

“Set Me Free“ is available now on all streaming services. Coming February 19 as CD (Limited Edition) and Digital formats on Rodeostar Records. True Stories is now available to pre-order here.