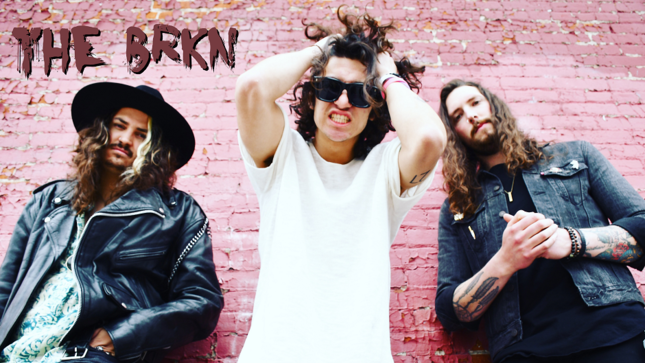 Singer/lead guitarist Jacob Cade has launched a new band, The BRKN, and today unveils their first official video for the song "Your Existence".

"Making the video was amazing," exclaims Cade. "It was amazing finally being able to fulfill my own vision for a music video. Kyle and his guys of Digital Myle are super talented. They made every one of our wishes come true and brought many different ideas that enhanced the video even more. I couldn’t have picked a better crew to work with. One of my favorite parts of the whole video shoot was watching Bailey’s dad put together the set for the warehouse shot! He was moving things left and right with the forklift, quite a sight to see! Destroying the chair with the axe was also a favorite of mine! We even had fans come up to us and ask for autographs when we were shooting the Union Station bits. Above all I had a great time hanging out with the dudes in the band all day. Such a great experience, can’t wait for the next one!


Featuring Cade, rhythm guitarist Kick Stevens, and drummer Mike Bokenkamp, The BRKN will be appearing at Rockfest in Cadott, Wisconsin, on July 20th - on a bill also featuring Rob Zombie, Marilyn Manson, Five Finger Death Punch, and Evanescence, among others, with new music coming out shortly, as well.

From the beginning, Cade has surrounded himself with exceptional talent, and continues to do so - first working with producer Michael Wagener on an EP, ‘Hunger,’ The BRKN is now working on new material with producers Glenn Sawyer and Rich Veltrop. But despite the name change, Cade is in charge of writing all the material for The BRKN (as well as continuing to handle all singing and guitar duties).