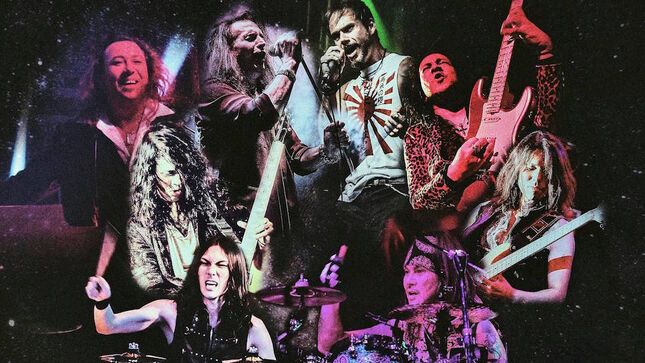 Majustice is a multinational power metal band formed in 2021 by guitarist Jien Takahashi (Stormheart, Baskerville), who was heavily influenced by Timo Tolkki's composition skills (during the “classic” Stratovarius period), as well as the guitar wizardry of Marty Friedman and Yngwie Malmsteen.

The band’s debut album will be titled Ancestral Recall, with some of the tracks slated to appear include “Ancestral Recall”, “Tears Of The Sky”, and “Now Your Turn”. In addition, four songs written by Timo Tolkki will be appear on the album: “Sonata Black”, “Dangerous”, “Infinite Visions”, and “You Rock My World”; originally slated to appear on an album by Timo’s now-defunct band Infinite Visions, these songs were acquired by Majustice and given new life.

Majustice have released a preview video of the demo version of two songs which will be on their upcoming debut album, "Ancestral Recall" and “Now Your Turn” (featuring Mike Vescera). It can be viewed below: