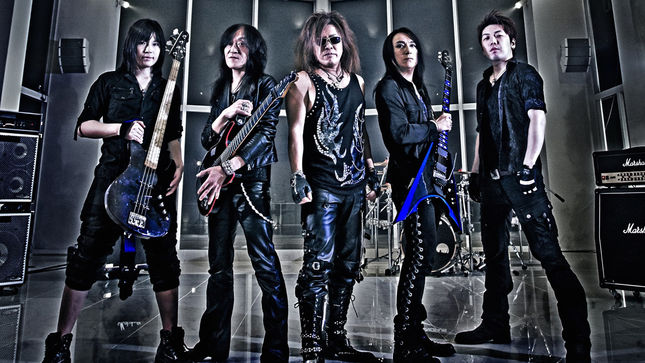 For the last 35 years, Saber Tiger has been building a strong fan base in their native Japan, improving upon their classic heavy metal sound and contemporary progressive touches with each step along the way. And this isn't just any anniversary: from now on, the rest of the world will fall prey to Saber Tiger.

Saber Tiger was founded in 1981 by guitarist Akihito Kinoshita. It hasn't been an easy ride; numerous lineup influences and the band's relatively remote location on the northern island of Hokkaido may have slowed down the rise of Saber Tiger, but Kinoshita has soldiered on through good times and bad. Lately, the band is experiencing the most prolific years of their career. With singer Takenori Shimoyama, guitarist Yasuharu Tanaka, both of whom had extended stints with the band in the nineties, and drummer Yasuhiro Mizuno in their lineup, the band sounds more inspired than ever.

As proven on - so far - Japan-only releases Decisive (2011), Messiah Complex (2012) and Bystander Effect (2015), the band takes full advantage of the musical expertise within the band.

Saber Tiger had its first taste of the European audience when they played two intense concerts in the Netherlands in June 2016. Shortly after, the band signed with Into The LimeLight Records, finally giving them the chance to present their top quality material to a worldwide audience. That means the rest of the world can finally find out what Japanese metalheads have known for a long time: Saber Tiger might just be the best heavy metal band that Japan has to offer.

"When we watched them live we were struck by the unbelievable quality and live power, What a great band. We had to sign them..." - Harm Kindt - Into The LimeLight Records

And as proof that hard work and never giving up always pays off, 2017 will be the year that the world will finally know about Japan's best kept secret.

Saber Tiger will tour Europe in 2017.