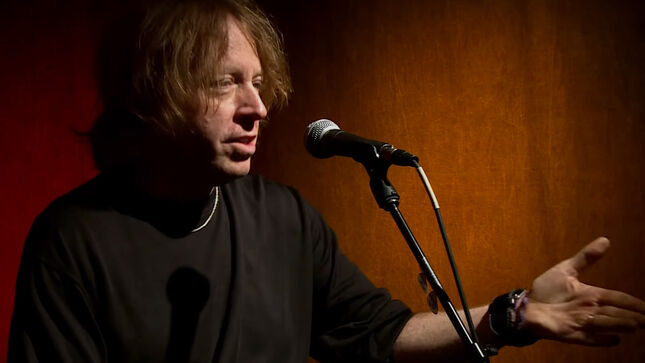 The current pandemic has decimated the music industry, but no group has been hit harder than the hard-working members on the crews that kept our favorite bands on the road. One band is stepping up to do their part to help their road crew. Legendary rockers Foreigner recently announced a new web store and auction, found on the Foreigner website, where net proceeds will go directly to support their road crew.

Jeff Pilson spoke to Jeff Gaudiosi at MisplacedStraws.com about some of the items fans will be able to bid on. “I got a guitar donated by Breedlove Guitars”, says Pilson, “We will autograph that to whoever buys it, and we will send it to them.” In addition, Pilson adds, “Kelly (Hanson, vocals) has a pair of his stage pants and some shoes that he will auction off. We have T-shirts we’re auctioning off. We have other items from vendors that are out there.” In addition to the auctions, fans can also purchase special merchandise bundles to help support the crew.

Pilson also addressed the possibility of new music from Foreigner. “As a matter of fact, we are working on some new music”, Pilson explains, but does caution that, “I have no concept of (when it would be released) because in Foreigner world, it’s not about when, it’s about is it ready?” In addition to the possibility of new Foreigner music, Pilson also talked about working with the members of Foreigner’s classic lineup for a series of live shows. “They’re wonderful people and we’ve just established the most delightful rapport between all of us,” he says, “It’s a pretty ideal working relationship between the two sets of bands and that’s a very, very cool thing.”

In the wide-ranging conversation, Pilson was also asked his thoughts on why Foreigner, despite selling over 80 million records worldwide, hasn’t been nominated for induction into the Rock & Roll Hall Of Fame. “I think it’s very, very simple why,” says Pilson, “that’s because critics were never all that into Foreigner.” He goes on to speculate that if a band is commercially successful then critics usually think it is because they somehow compromised their art. “I think they just look down on the band,” Pilson says about critics, “That’s ok, they’re critics, that’s what they do.”  Pilson does feel that, eventually, the band will get its due and the classic lineup will be inducted.

Access the webstore and help the Foreigner road crew here.

The full conversation with Jeff Pilson can be found here.