JEFF PILSON Talks Possibility Of Recording New DOKKEN Album - "The Desire Is There; I Think We'd All Love To Make A Final Record Together" 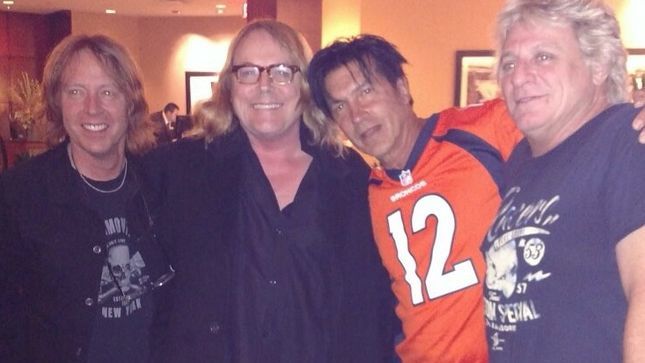 During an interview with Brutal Planet Magazine, Foreigner bassist Jeff Pilson was asked once again about the possibility of Dokken's original line-up - Pilson, Don Dokken, George Lynch and Mick Brown - getting back together for one more album. As before, Pilson is still very much into the idea.

Pilson: "I don't think it's necessarily off limits. The trickiest thing is timing for us, because we're all very, very busy, and to really do that the right way requires some time and energy and effort. And it doesn't seem like we ever have the time. The desire is there. I think we'd all love to make a final record together. We proved to ourselves a few years ago that we could still write and we still had our chemistry. I think we'd all love to see that happen someday. I hope it happens someday, but it's so tricky because of the time."

Appearing on Trunk Nation L.A. Invasion broadcast from the Rainbow Bar & Grill in Los Angeles, vocalist Don Dokken and guitarist George Lynch talk about the possibility of future Dokken reunions following their Japan shows back in 2016.