JETHRO TULL – 40th Anniversary Of ‘A’ Out In April; Includes STEVEN WILSON Remix

After completing its acclaimed folk-rock trilogy in 1979, Jethro Tull returned a year later with A, an album that introduced a different sound and a new line-up. Originally intended as a solo record by the band’s founder Ian Anderson, the album’s single-letter title refers to the studio tapes, which were marked “A” for Anderson. When the album was finished, the group’s label Chrysalis insisted that it be credited to Jethro Tull, even though only two members from the band’s previous incarnation were featured: Anderson and guitarist Martin Barre. Despite that, the album and subsequent tour were well-received by fans around the world.

Presented in a case-bound DVD book filled with an extensive history of the album, track-by-track annotations by Anderson, rare photographs and much more

Produced by Anderson and Robin Black, A was recorded in London during the summer of 1980 at Maison Rouge Mobile and Maison Rouge Studios. Along with Anderson and Barre, the band also featured Dave Pegg (bass, mandolin) and Mark Craney (drums), along with guest performer Eddie Jobson – a Roxy Music alumnus – on keyboard, synthesizer and electric violin.

For this new collection, the album has been expanded with five unreleased tracks from the recording sessions, including a different take of the single “Working John, Working Joe,” an extended version of “Crossfire” and the outtake “Coruisk.”

‘A’ (A La Mode) (The 40th Anniversary Edition) also includes a live recording from November 1980 of the band’s full concert at the LA Sports Arena. The performance mixed new A tracks (“Black Sunday,” “Batteries Not Included” and “Uniform”) with older hits, like “Aqualung,” “Heavy Horses” and “Songs From The Wood.” A few of these live tracks first appeared in 1981 on Slipstream, a video collection originally released on VHS and Laserdisc. The full Slipstream video, which made its DVD debut in 2004, is also included in this anniversary edition. Here, the content has been newly remixed by Steven Wilson. 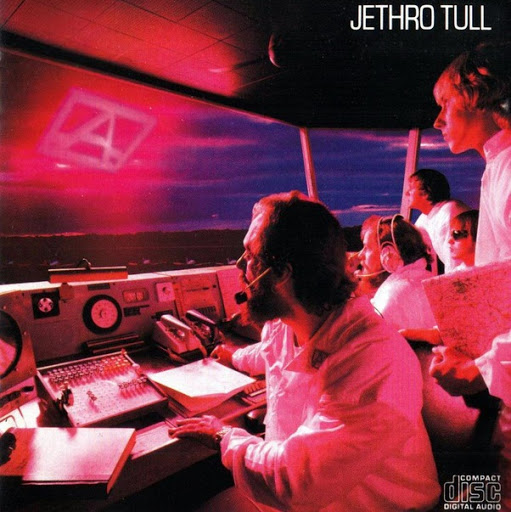 DVD One: Original Album and Associated Tracks (Audio Only)
Contains Steven Wilson’s 2020 remix of the album and 5 associated tracks in DTS and Dolby AC 3, 5.1 surround, and stereo 96/24 LPCM. Flat transfers of the original LP master in 96/24 LPCM