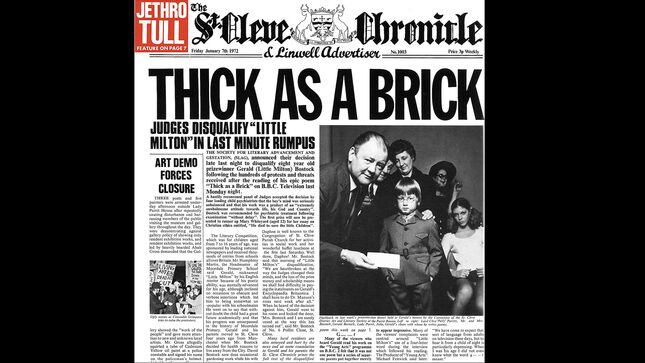 In 1972, Jethro Tull released the instant classic, Thick As A Brick. 50 years on, and the album is still revered as one of rock’s - and progressive rock’s - most definitive and pioneering albums. It featured a rock first: one continuous song on both sides. Thick As A Brick came about following the release of Jethro Tull’s immensely successful previous album Aqualung. Upon its release, Aqualung was regarded as a concept album in the music press, and in response the band set about to respond to the rock critics with the ultimate concept album, culminating in Thick As A Brick.

To celebrate the 50th anniversary, Thick As A Brick has been reproduced in its original format, the legendary 12-page newspaper. The vinyl is a half-speed master of Steven Wilson’s 2012 remix. It can be pre-ordered here, with it releasing on July 29. Further to this, the rare and coveted 40th anniversary CD/DVD special collector’s edition is also be available to pre-order today after being out of print for nearly ten years, and will be released on October 7th. 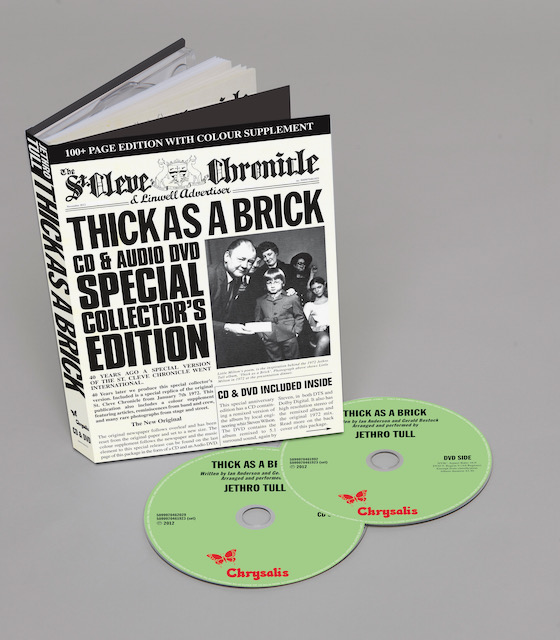 Unlike any other records on the market, the album is set inside a broadsheet newspaper, “The St. Cleve Chronicle & Linwell Advertiser”. The newspaper includes many news articles packed full of continuing jokes, a crossword, connect-the-dots and much more. It was originally written by Ian Anderson, Jeffrey Hammond and John Evan, with the newspaper taking longer to put together compared to the music. As reported in the paper, the lyrics were credited at the time to the fictitious child character, Gerald Bostock, whose parents supposedly lied about his age. Amongst the many articles is a frank review of the album itself. Thick As A Brick was the first album to feature drummer Barrie Barlow, who featured alongside Ian Anderson, Martin Barre, John Evan and Jeffrey Hammond.

A must for any record collection, the album is a half-speed master of Steven Wilson’s 2012 remix, providing the ultimate audio experience of the progressive rock classic.  By cutting at half speed you give the cutting stylus as well as the whole system twice as long to record the mechanical groove, which hugely improves the quality. 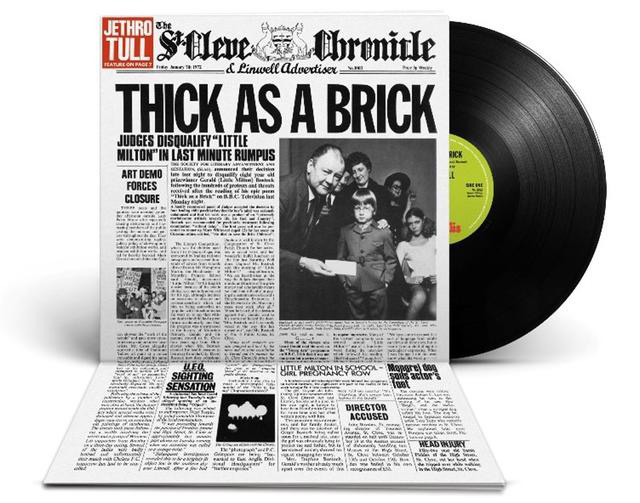 - The original newspaper rebuilt for the 12 x 12 format on 16 pages of newspaper style paper (but more durable).
- The 2012 newspaper printed on gloss paper
- An article by Classic Rocks’ Dom Lawson about ‘Thick As A Brick’
- An Ian Anderson interview conducted by The Reverend George Pitcher
- Many rare 1972/73 photos from photographers Didi Zill and Robert Ellis covering ‘street’ and live situations and 2012 tour photos by Martin Webb.
- Memories of the recording from engineer Robin Black.
- Recording and touring memories from Martin Barre, Ian Anderson and Jeffrey Hammond.
- A Q & A with tour manager Eric Brooks with tour memorabilia and the full 1972 itinerary.