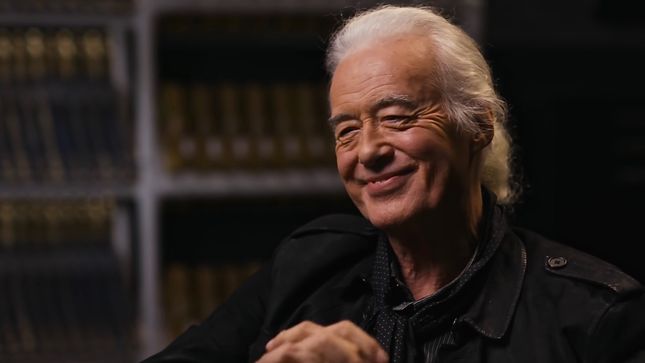 Fender has uploaded a new video of Led Zeppelin legend Jimmy Page discussing the origins of his 1959 Telecaster, which Fender recently released in both its “mirror” and “dragon” finishes. Find additional details about the guitar at Fender.

Fender recently issued the video below, in which John Dreyer plays the Jimmy Page Telecaster. Check it out, and learn more here.

The Standard model will include “many of the unique features” that appear on the original limited-edition incarnation, which replicates Page’s heavily modded Supro Coronado.

Photos and prices of the Standard Model will be revealed soon.

Sundragon is a faithful recreation of the amp Jimmy used exclusively to create the groundbreaking sounds on Led Zeppelin 1 and other notable recordings such Joe Cocker’s album With A Little Help From My Friends. A limited edition run of 50 hand built amps will be made throughout 2019, all signed by Jimmy Page.

Jimmy’s original amp started out life as a Supro Coronado. After falling out of the back of the band’s van during an early pre-Zeppelin tour, the amp was restored and modified in significant ways. Jimmy realized that the sonic palette of his amp had changed to something new and unique. After being shrouded in mystery for more than 50 years, Jimmy has decided to share this extraordinary amplifier with the world.

Working together closely with Mitch Colby and Perry Margouleff they have recreated this legendary amp for the first time.

“I had been impressed with the forensic analysis both Mitch and Perry had put into the research of the sonic reproduction of the original Supro amp to arrive at the Sundragon”. - Jimmy Page