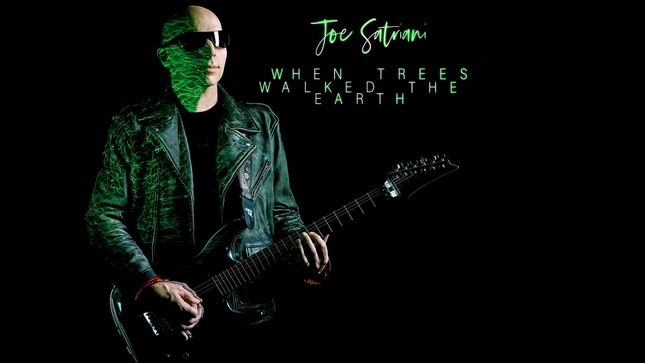 "When Trees Walked The Earth", a bonus track from the sessions for Joe Satriani's new album, Shapeshifting, is available for streaming below.

Says Joe: "What music would giant, walking Redwoods be listening to when they would pick and move up and down the West Coast in search of a new home? That's what got me started on the song 'When Trees Walked The Earth.' It's the soundtrack to an eco-sci-fi film idea."

Shapeshifting is out now via Sony Music/Legacy Recordings. The album was co-produced by Satriani and Jim Scott (Foo Fighters, Red Hot Chili Peppers, Tom Petty & The Heartbreakers) with longtime associate John Cuniberti on board handling the mastering duties. Satriani enlisted a wide range of collaborators, both old and new, to help him bring the songs to life. Legendary drummer Kenny Aronoff (John Fogerty), bassist Chris Chaney (Jane’s Addiction) and keyboardist Eric Caudieux were the core musicians on the new album with additional contributions coming from Lisa Coleman (The Revolution) and Christopher Guest.