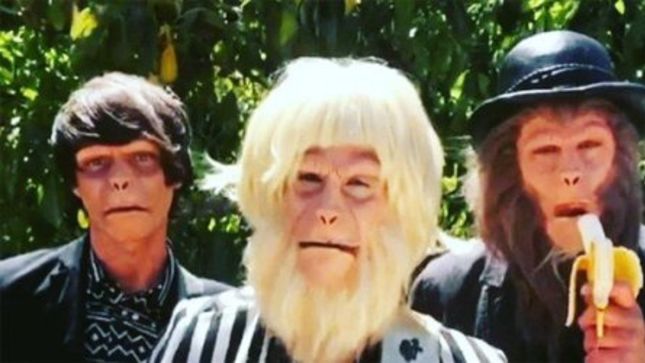 The latest video in a monthly series of releases from Rob Zombie guitarist John 5 pays homage to the legendary sci-fi characters of Planet of the Apes with his new single "Here's To The Crazy Ones".  The single is available to buy now wherever digital music is sold. The track will be included on John 5’s new album, Guitars, T!ts And Monsters, out later in 2016.

John 5 And The Creatures recently completed the Behind The Nut Love Tour. Below is footage of the entire concert filmed at 12th and Porter in Nashville, TN where the band performed March 8th. The hour-long concert features musical styles ranging from heavy metal to bluegrass, ending with a montage of iconic guitar riffs. The band consists of: John 5 on guitar, Ian Ross on bass, and Rodger Carter on drums.