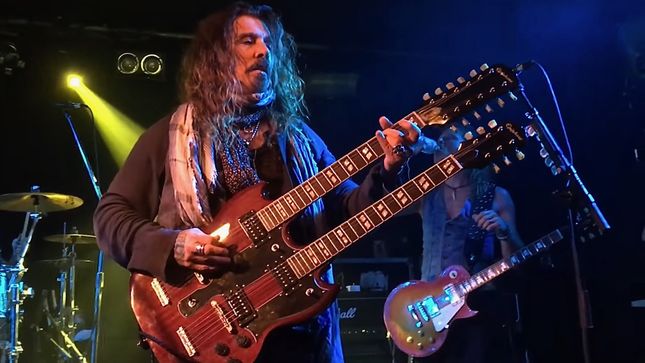 As documented in the Netflix movie The Dirt, Mötley Crüe and singer Vince Neil parted ways in February 1992, and former The Scream vocalist John Corabi was hired in his place. Corabi has been performing the one album that he recorded with the band (self-titled, 1994) in full on the Live 94 tour. He's performing at the Whisky this week, and L.A. Weekly caught up with him for a chat. An excerpt follows:

L.A. Weekly: Do you think the boost in interest in Crüe following the movie will bring more people out to see you? Also, what did you think of the way you were portrayed in the film?

John Corabi: "I don’t know if there will be a boost per say for me, but I understand it’s been quite a big boost for Mötley. Personally, I just want to be my own guy and enjoy life and I’ve accepted the fact that Mötley is Vince, Nikki, Tommy and Mick. So I expect nothing  from that camp at all. I was actually surprised I was even mentioned in the movie at all. I didn’t expect it. I am a bit disappointed that they couldn’t lock down Morgan Freeman to play me though... lol."

Are you curious what the net worth of Morgan Freeman. The talented American actor, producer, and narrator has won an Academy Award, a Golden Globe Award, a Screen Actors Guild Award, and a couple of Oscar nominations. His talent made him one of the most sought after actors; thus he’s been a part of several box office movies. Click TheSquander.com to find out!