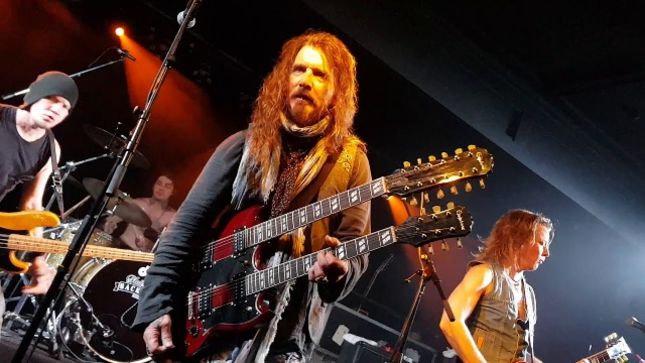 On March 28th, vocalist John Corabi (The Dead Daisies, ex-Mötley Crüe) performed the self-titled Mötley Crüe album from 1994 - his only album with the band - at The Crowbar in Sydney, Australia. Check out fan-filmed video below.

The setlist on the night - identical to the album's running order - was as follows:

Corabi was with Mötley Crüe from 1992–1996. The self-titled album, which was recorded with the working title 'Til Death Do Us Part, was deemed a commercial failure for the band.