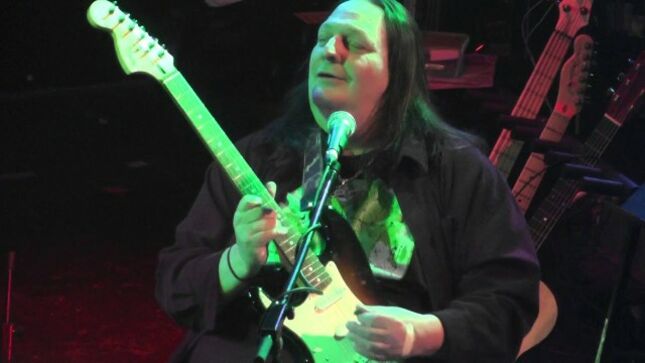 Guesting on The Metal Interview podcast, Savatage frontman / co-founder Jon Oliva once again discussed the possibility of a new Savatage album. The band released Poets & Madmen in 2001. The band has remained largely inactive ever since, although core players Al Pitrelli (guitars), Chris Caffery (guitars), Zak Stevens (vocals), Johnny Lee Midleton (bass) and Jeff Plate (drums) are members of the Trans-Siberian Orchestra. TSO was launched in1996 by Oliva, Pitrelli and producer / composer Paul O'Neill, who passed away in 2017.

Oliva: "There is no official thing that we're going to do a Savatage album beecause you know what? As soon as I say, 'Yeah, we're gonna do a new Savatage album... ' something will happen to fuck it up, and then I look like a liar. So all I'm gonna say is there are many surprises in the future. We don't know what's going to happen, we're not sure. But we're writers, and I have enough songs for three Savatage albums. But there's no deal with a record company to do it, there's no plan. All we're doing, as being musicians and songwriters, is we're compiling new material. If something happens where we say, 'Okay, we're ready to do this...' I will be the first person to make a professional press release to tell everybody. But I just don't want to, because it's not solidified in stone right now."