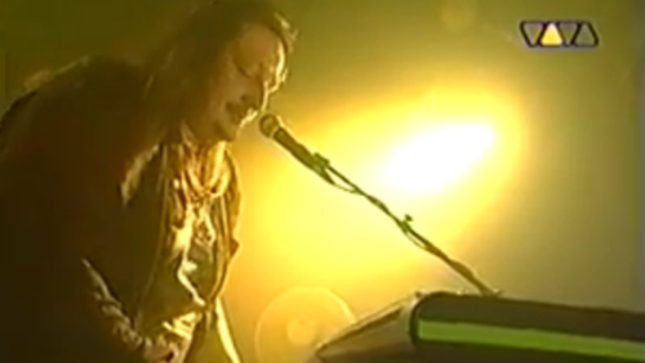 Tony Cannella at Femme Metal Webzine recently caught up with Savatage founder Jon Oliva to discuss the band's highly anticipated return to the stage in 2015 at the Wacken Open Air, and the Trans-Siberian Orchestra. An excerpt from the interview is available below:

Q: You’re doing a reunion show at Wacken open air in Germany in 2015. Are there any plans to do any additional dates beyond that?

Oliva: "As far as that goes, the whole Wacken thing came up and I was like, you know what? If we’re going to do anything we have to do it now, I don’t want to do it when I’m 60 years old. I mentioned that to Paul, he said to me, 'We’re going to do the Wacken thing, but let’s just wait until the Winter Tour is over and then you and me we’re going to sit down in January and discuss what we’re going to do.' We’ve already gotten offers to do it in certain areas of the world, America being one, Greece, South America, places like that. We have to see how we’re going to do this. It’s something that Paul and I honestly – and I’m telling you totally honestly – we just brushed over what we thought we might want to do and we said, with all the chaos of getting the Winter Tour out we said let’s just wait until after the tour is over and then we’ll figure this whole thing out. We know we’re going to start with 'Gutter Ballet', that’s all we agreed on (laughs). TSO is going to come out first for I think 40 or 50 minutes doing the big production numbers, then Paul is going to bring me out and we’re going to do the Savatage thing and we’re going to start with 'Gutter Ballet' and that’s where we ended the conversation and said we’ll pick this up on January 10th and we’ll figure out what we’re going to do as far as other shows go and everything like that."

"As of right now Wacken is the only place, but I’m sure once everything works out and we see what happens, I wouldn’t rule out the possibility of there being a couple more on top of that. I think we’re going to do a press release in maybe February or March about what’s going on and stuff like that. I think it’s cool that we’re doing it. I’m very excited about it. I’ve been on this health kick now for the last six months, I’ve dropped a bunch of weight and I’m feeling a lot better, I’ve still got a ways to go, but it gives me something, I’m like, yeah I’m going to get in shape for this and knock people out."

During an interview with Vanyaland.com about the evolution of the Trans-Siberian Orchestra, guitarist Chris Caffery addressed the upcoming Savatage reunion show at Germany's famed Wacken Open Air and the possibility of the band staying active:

Caffery: "I’m gonna put it this way: for 12 years, 13 years, I’ve been waiting for my band to play again. We’re playing again. I don’t know what’s going to happen after that (laughs), but there were people that were putting a fork in it, and we’re getting up and not just running a marathon, were running in the Olympics with this festival being what it is. I’m not going to make any predictions, but let’s just say there’s a possibility that something more will happen after Wacken – that’s all I can say. And nothing would make me happier."

"Savatage will close the festival that night following TSO's first ever European festival appearance. I have been waiting for them to announce this for weeks. It was hard to keep it a secret! Yes, legion, our patience has finally paid off..."