JUDAS PRIEST Frontman ROB HALFORD On Pushing Upcoming Tour With OZZY OSBOURNE To Early 2022- "We're Just Being Sensible And Taking The Necessary Precautions, But It Will Happen" 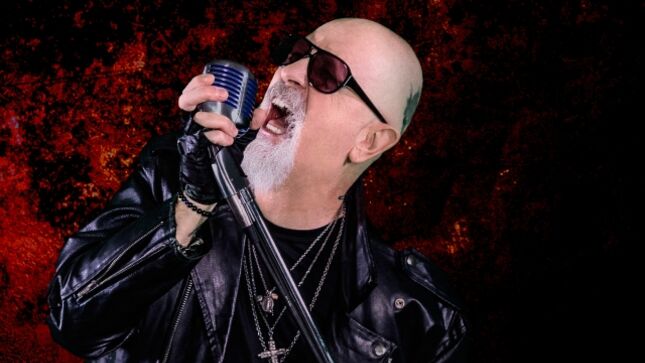 Smashing Interviews Magazine caught up with Judas Priest frontman Rob Halford to discuss his new autobiography, Confess, and the current status of the band. An excerpt from the chat is available below.

Smashing Interviews Magazine: How did the image of head-to-toe leather, spikes, the bondage-style getup begin for Judas Priest begin?

Rob Halford: "It’s like any band, you know. In those first few moments, you’re searching and just want to develop and get some sense of the creative platform you wish to do. The visual part of the image finally found itself, and we finally started to look like the music sounded, and that is important for any band. With our kind of strong, powerful, forceful music, we had to find the appropriate visual image that would correspond to the volume, the excitement and the energy. And it slowly came to be quite an adventure because once we had that established, that became a heavy metal look."

Rob Halford: "We’re going for 2022 now. That’s just the way the actual venues and the logistics are being worked out. Ozzy’s not going to be ready to work until then. And we’re almost to the end of this year, so it’s basically about a year and change before we go out. We’ve all been disappointed because we love our fans, and we know the disappointment they’ve experienced as much as we have. But you’ve just got to use common sense really because we can’t get together in facilities right now because it’s dangerous. It’s very, very dangerous, and we don’t want to put our fans in danger as much as I don’t want to put us in danger. So we’re just being sensible ad taking the necessary precautions. But it will happen, and it’s going to be great.

It’s going to be so special because Ozzy’s from the same neck of the woods as Priest, and we’ve known each other forever. We’ll have us together on a lengthy tour, and Ozzy’s going to be quite remarkable. In the meantime, we’ll have to reschedule our fall tour for our anniversary for the same reasons. So everybody’s getting ready for the launch party in the summer of next year. This pandemic is not going to vanish, you know. We’re going to have to learn how to live with it like we live with the flu until everyone gets the vaccine."

Rob Halford: "Yeah. We know as much as everybody else, but he’s just a remarkable man and great musician. He’s got a remarkable voice. Nobody sounds like Ozzy. He’s got a unique voice. I love him. He’s said on recent television shows that he has improved. We wish him all the best and look forward to that tour together."

Ozzy Osbourne recently announced the postponement of his UK and European shows on his “No More Tours 2” tour.

Due to the unprecedented and ever-changing situation, the six-week trek scheduled for October 2020, has been moved to 2022. The rescheduled 19-date arena tour, with lifelong friends Judas Priest as special guests, will kick off on January 26, 2022 in Berlin, and includes a brand new date in Hungary, at the Budapest Arena. Fans should hold onto their tickets as they remain valid for all rescheduled tour dates, and refunds must be sought at point of purchase.

Says Ozzy: “I really want to thank my fans for their loyalty and for waiting for me. Believe me, I can’t wait to see you all again. Please stay safe in these uncertain times. God Bless you All!  Love Ozzy”