JUDAS PRIEST Frontman ROB HALFORD - "There Are No Labels On Us In The Metal Community; We're Just All Together" 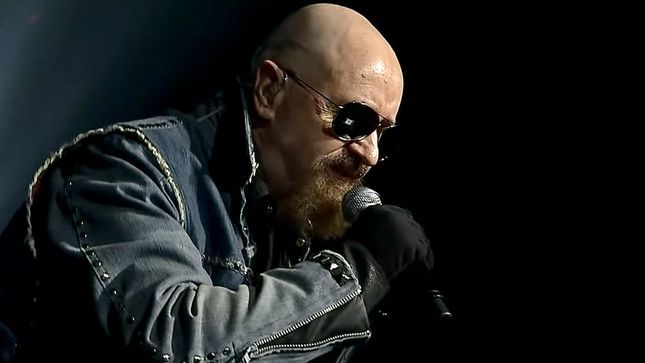 Judas Priest frontman Rob Halford is currently doing press for his new autobiography, Confess, and he recently spoke with Jonathan Clarke at New York's Q104.3. Check out the interview below.

Halford: "I couldn't go to (gay) clubs or bars for fear of recognition and that hitting the press, just because the world was a different place then. Of course, the long-term discovery, when I did come out famously on MTV in the '90s, when I was in the 2WO band with John 5, was that it was the most perfect example of the way the metal community is so accepting and inclusive and welcoming people from all over. There are no labels on us in the metal community; we're just all together. I think that's kind of attached to the fact that metal, for the longest time, was... in rock and roll, everybody was kicking heavy metal music: 'Oh, man, what is that stuff? It's nothing. It's got no value.' But we knew, as metal maniacs, this was our music. This is how we expressed ourselves. We love to listen to this music, be with each other at home listening to it. Most importantly, going to shows together."

Confess: The Autobiography is available via Hachette Books. Check out the BraveWords review of the book here.