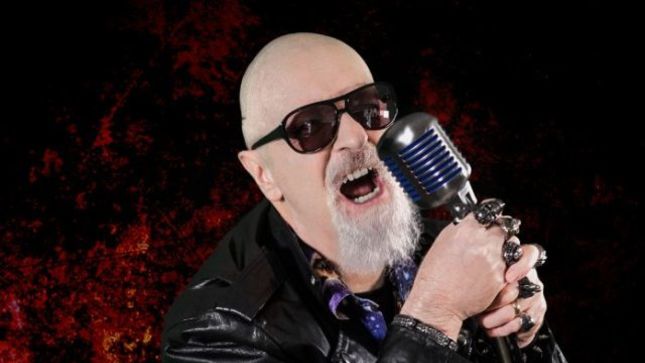 Rob Halford was a guest on Rockin’ Metal Revival and was asked if there were any Judas Priest songs he’s always wanted to perform live, but haven’t done yet.

Halford responded: “Oh, yeah. I've always wanted to do the title track of Rocka Rolla. It's a song that Glenn [Tipton, guitarist] wrote. It's a great tune, isn't it? And I don't see any reason why we can't do that.”

During an MTV interview in 1998, Judas Priest singer Rob Halford walked in with no plan, and came out as a gay man in the middle of the conversation. He had spent twenty-five years as a heavy metal singer hiding in the closet, and brought it all to an end in a matter of seconds in front of the world. A heavy weight he’d been carrying around for decades. During an interview that aired this past Saturday (October 31st), BraveWords asked the Metal God who was the first person he spoke to after that monumental metal moment?

“That is a really cool question, I don’t think I’ve ever been asked that,” Halford replied. “I know I went back to the hotel. I think I was with the one person who took me to the MTV studios. I had a cup of tea snd a slice of cheese cake,” he laughs. “What else are you gonna you do?! I kind of celebrated and I do remember … was the internet there in 1998 (laughs continue)? I’m sure it was wasn’t it. Did we have emails then (even more laughing)? All I know is that my whole family was pleased and happy for me. And that was the best. Of all of the feedback that was coming back to me, that was the most reassuring and made me feel even better. My family knew all the time of course, But for them - I dare say - feel relief for me, as much as anything else. They just said ‘We are so pleased for you and so happy’, and that was just great.”

Halford continues to talk about gay intolerance and the fact that Pope Francis inched a bit closer with regards to gay marriage last week. So how many marriage proposals have you had and would ever consider getting married?

“(Laughs) Thomas and I have been together for about 3,000 years now! He’s the love of my life. We talk about it. You know, I mean what’s a bit of paper. But it’s a lot actually, because of what it gives you. The way the laws are structured. I think it’s inevitable that we will at some point, I don’t know when. We believe in its value, because why shouldn’t we be able to get married like everybody else? It’s what we all do. It’s the most beautiful union, a public union for your family, your guests, for the world, to see how much you love each other. And you get to tie the knot. That’s great. I think it’s inevitable. I’m more inclined to want to do it more than he does. In any kind of relationship it has to be 50/50. If one person gets more swayed than the other one, the balance is a bit off. So you really have to agree on something like this. And it’s one thing to say ‘I’m just doing this for my partner.’ But you should be doing it for each other. We’ll get there eventually.”

For more information on Streaming For Vengeance visit this location.

“What an enlightening conversation,” BraveWords Founder/CEO “Metal” Tim Henderson says happily. “We’ve been honored to have a relationship with Rob and the band for nearly three decades, helping promote one of the greatest heavy metal bands in music history. But this is a side I’ve never witnessed, his new book Confess being a deeply personal moment for the Metal God and a must-read. We dig very deep into his past, gay marriage, Judas Priest at 50+, the new studio record and the fact that Stained Class and Van Halen I were released on the same day in 1978, so plenty of Eddie Van Halen idolization! I’m certain you’ll find the conversation as entertaining as I did! And how fitting is it that our first “Metalhead To Head” interview on Streaming For Vengeance is Judas Priest-related!”