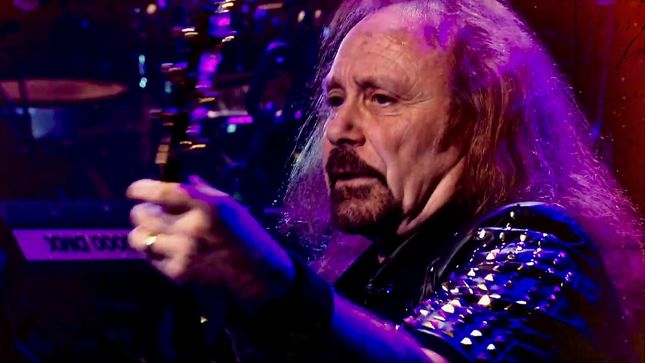 In a new interview with The Korea Times, Judas Priest bassist Ian Hill disagreed with the notion that “rock is dead.”

"I don't agree with the idea that rock is dead or anywhere near. In my experience, the festivals that we play at are better attended than ever and there are more young faces in the audience than old ones, so there is a great future for rock and heavy metal," he responded.

Judas Priest is promoting their Firepower World Tour and will perform in Seoul, South Korea on December 1st at Blue Square.

Greece's Rockpages has released a new interview conducted recently with Judas Priest bassist, Ian Hill. In the following excerpt, Ian discusses Glenn Tipton - who has taken a step back due to his battle with Parkinson's disease - and the band continuing without him as a full member of the band.