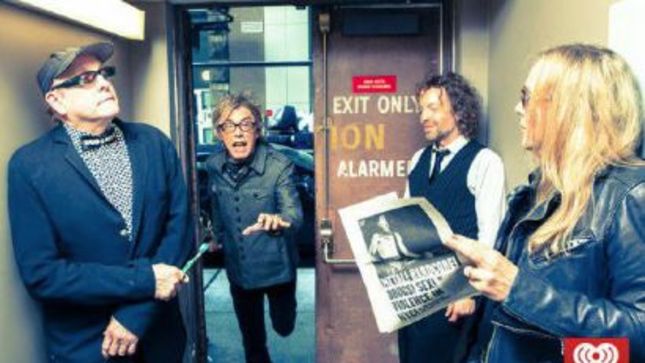 According to Cookcountyrecord.com, in an opinion handed down last week, US. District Judge Robert M. Dow sided with Brad Carlson (stage name Bun E. Carlos) and rejected two motions from the defendants –the other three members of Cheap Trick (lead vocalist Robin Zander, lead guitarist Rick Nielsen and bassist Tom Petersson) and corporate entities associated with it — to dismiss the suit Carlson brought over allegations of breach of contract and trademark infringement.

Carlson, who performs under the stage name Bun E. Carlos, claims in his 11-count complaint, which was first filed in 2013 and amended earlier this spring, that the band has sought to lock him out of business decisions and withhold his share of the revenue despite an agreement he argues stipulates otherwise.

Carlson estimates he is owed sums worth at least $600,000, though likely much more, from revenue the band has earned while touring and selling band-related merchandise since at least 2012.

The September 24 opinion, handed down by Dow in Chicago’s federal court, marks the latest step in an ongoing legal battle involving Carlson and his bandmates since their relationships fell apart and they announced Carlson had agreed to step back from his longtime role as the band’s touring drummer.