K.K. DOWNING "Will Definitely Be There" When JUDAS PRIEST Are Inducted Into The Rock & Roll Hall Of Fame, Says IAN HILL 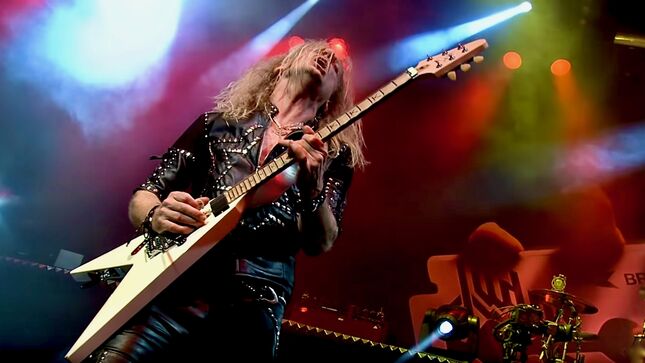 The Rock & Roll Hall Of Fame recently announced the 2022 class of inductees, among them, UK metal gods Judas Priest, who will receive the "Musical Excellence" award at the event.

Many have been questioning whether or not former Judas Priest guitarist, K.K. Downing, would be on hand for the ceremony, and bassist Ian Hill has confirmed that he will indeed be present.

Asked by Louder how much discussion has there been about who exactly in Priest is being inducted, Hill reveals: "The rule as I understand it, is whoever has been with the band for 20 years. Richie [Faulkner] is sadly not being inducted, but really deserves to be as he’s been the driving force in the band for nearly 12 years now. Dave Holland [drummer 1979-1989] was in the band for a long time and obviously Ken [guitarist KK Dowling] will be there. Les Binks was with us all those years, as was Scott [Travis, drums] so he’ll be part of the induction too.”

Asked if the band has spoke directly to Downing since the nomination, to clear the air, Ian says: "He’s spoken to management and said he will definitely be there. It should be good.”

K.K. spoke exclusively with eonmusic about the news that Priest will join 2022's Rock & Roll Hall Of Fame inductees. After failing to get in in 2021, K.K. has said of this year's triumph, "It's better to score the goal at the end of the game!"

Speaking about the band's legacy, the guitarist joked, "Who knows; in a thousand years from now people will still be playing ‘Breaking The Law’!"

In the video below, Judas Priest frontman, Rob Halford, reacts to the announcement of the band's upcoming induction, stating, "Wow, thank you so much. This is such a beautiful moment, not only for Priest, but for heavy metal here in the USA and around the world. This is just the power and the reach that the Hall Of Fame has, so it's time to celebrate!"

Artists selected for induction into the Rock & Roll Hall Of Fame, Class Of 2022 include: 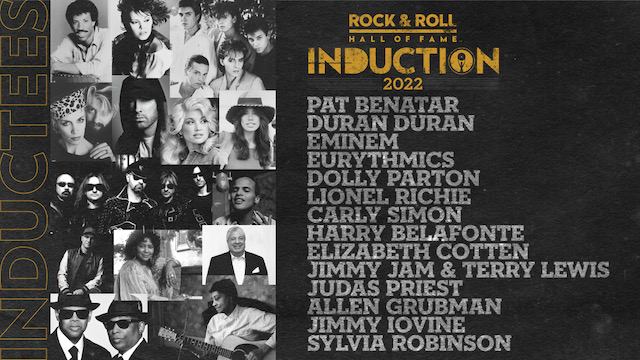 Rock & Roll Hall Of Fame states: "Congratulations to our newest Inductees, and to all the fans who helped them get here. We're excited to celebrate with you on Saturday, November 5th in Los Angeles."