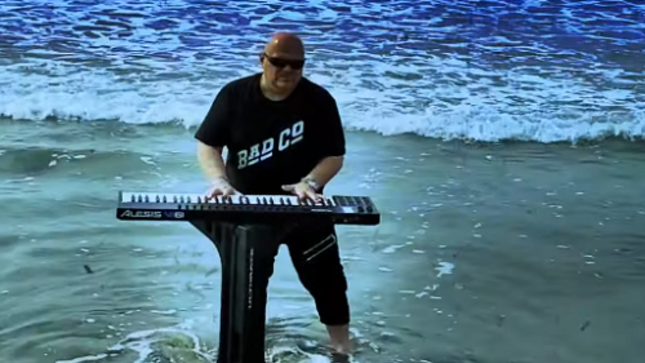 Following the buzz of their Deep Purple - "Perfect Strangers" quarantine video, your favorite Jersey rockers decided to try it again. This time, they've covered the Bad Company classic, "Bad Company". Check out the video below.

"John Taglieri felt left out from our last go around," begins Kennedy Boulevard. "Granted he's from North Bergen, but John quickly reminded us that Kennedy Boulevard also runs through there too! So, please welcome our friend John on guitars."

"Our friend David Forbes from the legendary Canadian band Boulevard was also inspired by our last effort, and offered to join us on this number. With a string of Top 40 hits under his belt, David agreed to loan his stellar voice to us Jersey bums."

Guitarist John Taglieri and keyboardist Eric Ragno first worked together on John's Days Like These EP, his second release to hit the Billboard charts. John walked away from a major record deal to start his own label, selling over 30,000 albums with a #1 single on Amazon and five Top 10 singles on iTunes. A popular live performer, John settled down in Boston where he hosts his music TV show, The Sunday Storyteller Series.

Eric was performing in Chicago with Gary Moon of Night Ranger when he met David Forbes. With a string of hits on MCA Records, David's band Boulevard has wowed audiences on tour with Boston and Glass Tiger. Check them out at BoulevardBand.com. These guys left their hometown to explore musical adventures, achieving varying degrees of success. In this COVID lockdown, the time had come to do something with their old friends, and a new one. Welcome to Kennedy Boulevard. Kennedy Boulevard is the main artery that connects all of the neighborhoods in their hometown of Jersey City, NJ. Kennedy Boulevard takes you where you need to go. Take a ride on Kennedy Boulevard.

The aforementioned Kennedy Boulevard cover of Deep Purple's "Perfect Strangers", featuring the following lineup, can be enjoyed below.