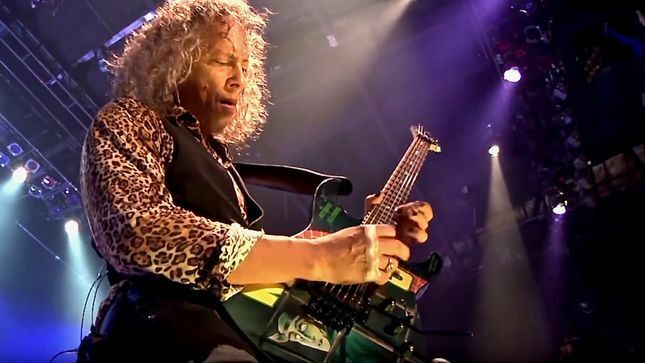 "Hero Of The Day"

Kirk: "The way it goes from minor to major, it starts with a rhythmic thing then brings the next part to the next level. A lot of people would disagree, and I don’t know why, but to me it’s one of my favourite things I’ve ever done."

Kirk: "One of a slew of solos I love playing live because I get to improvise, change it all up, never play the same solo twice. I don’t know what the fuck I’m going to play from the first lick, and I love that, I love knowing that I’m dancing on the knife-edge, that’s the excitement I fuckin’ live for."

Kirk: "Lars called me and said, 'Can you come down? We need a solo on the new song demo.' I remember showing up with my guitar, Lars played me the track a couple of times and I fiddled with it, figured out where James was going. I said, 'OK, press record.' Next thing I know, my hand is tapping on the neck, following the chord progression, it just came out of air! Afterwards I was thinking, 'Well, that was kind of a trip!'"