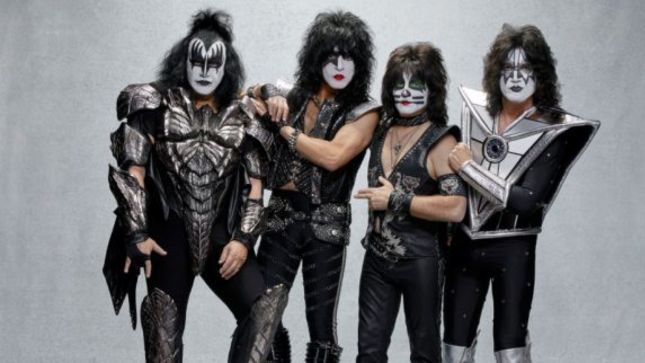 Sweden's Brands For Fans have announced a new collaboration with KISS, which will see a new line of branded premium spirits released before the end of the year. Following is the official press release:

Swedish drinks producers Brands For Fans have struck a new collaboration with legendary rock and roll band KISS for forthcoming spirits, in a deal brokered by Epic Rights. The plan is to take the band’s spirit releases to a premium level. As of today, there are two products in the pipeline, with more information to be revealed shortly.

There are legends, there are icons, and then there’s KISS. KISS is one of the most influential bands in the history of rock and roll. Their immediately recognizable logo, iconic make-up and over-the-top live concerts have shaped an entire era of rock and roll. From "Detroit Rock City", "I Was Made For Lovin’ You", "Lick it Up" and "Rock And Roll All Nite", one of the most well-known rock anthems of all time, KISS is awarded with more Gold album awards than any other American rock band.

The collaboration by Brands For Fans comes after many years of successful work with other music artists like Motörhead, Slayer, Ghost, Judas Priest, Scorpions and many more. The premium spirits will be available in Europe, Japan and Australia by the end of 2020.

"The first money I earned was spent on a KISS record. To find myself 40 years later having them as Brands For Fans clients, I don’t even know where to begin. It feels so fun and exciting to finally take KISS into the premium alcohol beverage segment, and they have chosen the right partner for this."

Go to the official Brands For Fans for information and updates here.