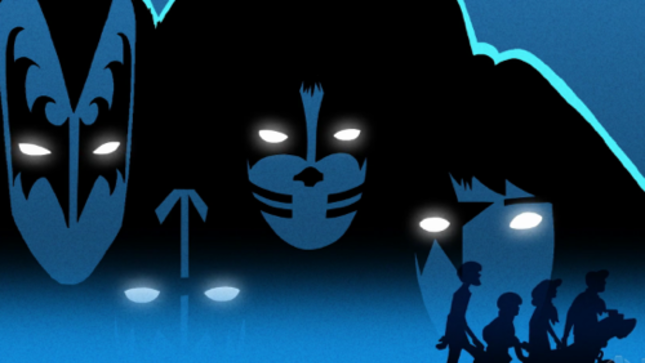 KISS takes center stage in the latest Scooby-Doo full-length animated film, Scooby-Doo And KISS: Rock and Roll Mystery, released by Warner Bros. Home Entertainment on July 21st. IGN.com has posted an animated clip featuring the KISS classic "Rock And Roll All Nite" for the release. Check it out below:

Two short clips from the film can be viewed below