KISS Frontman PAUL STANLEY - "Charity Is Not An Option; It's An Obligation" 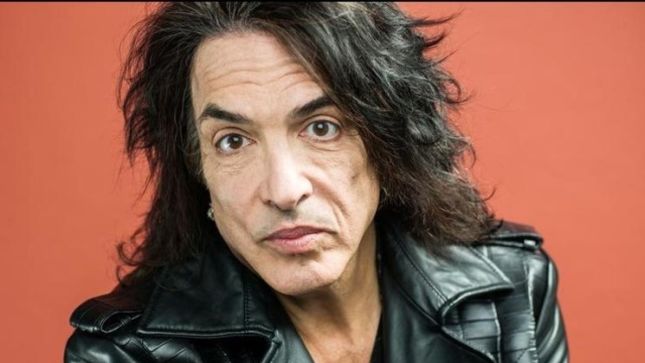 The Chicago Tribune caught up with KISS frontman Paul Stanley when the band stopped in to play the Paramount Theatre at RiverEdge Park in Aurora, IL. Following is an excerpt from the chat:

Any chance KISS have to promote patriotism and support for our military they gladly take, Stanley told me.

"Freedom is a word we take for granted far too often," said the soft-spoken musician whose down-to-earth persona is a far cry from the manic Starchild fans see on stage. And because of the band's success, he added, KISS is fortunate to literally have a worldwide platform from which to promote his for patriotism.

"It's not politics that keep us safe … it's our military," he rightly noted. And without these men and women "putting themselves in harm's way," there would be no freedom for any of us.

It was obvious Stanley takes this seriously. And personally. His own mother fled to Amsterdam from Nazi Germany as Hitler rose to power, only to "have to leave behind everything she owned" to escape yet again, this time landing in New York City where Stanley, whose birth name is Stanley Bert Eisen, was raised.

"Charity is not an option. It is an obligation," he said, noting that, while individual circumstances can dictate our capabilities of giving back, each and every American "should do all we can."

"This is all hollow," he said, indicating the stage, the fans … and of course the money and the fame that comes with it, "unless you give back."

On October 10th, photographer Lynn Goldsmith - in collaboration with Gene Simmons and Paul Stanley - will release a 336 page hardcover coffee table book via Rizzoli Publishing entitled KISS: 1977 - 1980. The cover art and official description are as follows:

Chances are you've seen numerous iconic pictures by award-winning photographer Lynn Goldsmith, who has photographed every important rock musician and band of the late twentieth century: The Rolling Stones, Bruce Springsteen, The Police, Talking Heads, Frank Zappa, Bob Dylan, and Patti Smith, among many others. Published in conjunction with the band, KISS: 1977 - 1980 is the definitive photographic chronicle of KISS at the height of their popularity, showcasing the band on and off stage, in the photo studio, and in unguarded candid moments. From her archive, Goldsmith has compiled fan favorites as well as many never-before-seen photographs, all which perfectly capture the enduring phenomenon that is KISS.

KISS rose to meteoric prominence with their extravagant live performances featuring fire-breathing, blood spitting, guitars bursting into flames, shooting rockets, levitating drum kits, and pyrotechnic showpieces. With makeup and costumes, Paul Stanley, Gene Simmons, Peter Criss, and Ace Frehley created characters and origin stories similar to comic book characters: the Starchild, the Demon, the Space Ace, and the Catman. When put all together, it wasn’t just a stadium rock concert, it was dynamic performance art that is still on the road today!

Goldsmith, Stanley, and Simmons have created this book as a thanks to the KISS Army, many of whom have been devoted to the band for more than 40 years and have brought their children and grandchildren into appreciating the music, as well as the spectacle of the band’s live performances. With a simple matte white laminated padded cover that highlights the KISS logo and edged with gilding, the end result could be compared to a kind of bible, holding the relics that their supporters cherish.