KISS Frontman PAUL STANLEY On Upcoming Virtual New Year’s Eve Show - "The Fans Will Speak Louder Than I Will, That This Is Really The Greatest Show We've Ever Done" 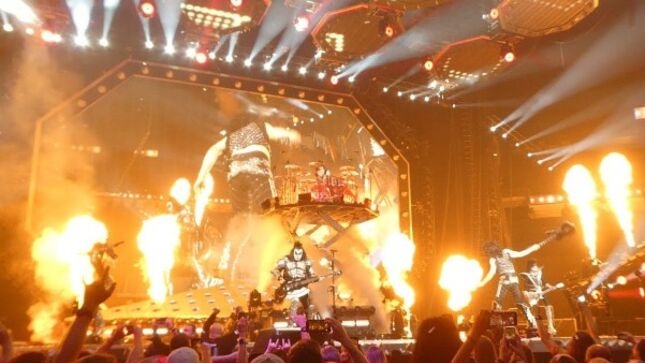 KISS icon Paul Stanley guested on Extra TV to discuss the band's upcoming New Year's Eve show, which he refers to as "the biggest concert ever." Check out the interview below.

Stanley: "We realize that we can't be who we are forever, and that time impacts everybody. You can play 'beat the clock'; ultimately, the clock wins. And while we're at our best, and the reviews and the fans will speak louder than I will, that this is really the greatest show we've ever done. And proudly we can go out there and have a victory celebration. It's kind of like that victory lap where you run around with your hands up."

Tickets are available now at KISS2020Goodbye.com. Watch a new video trailer below: