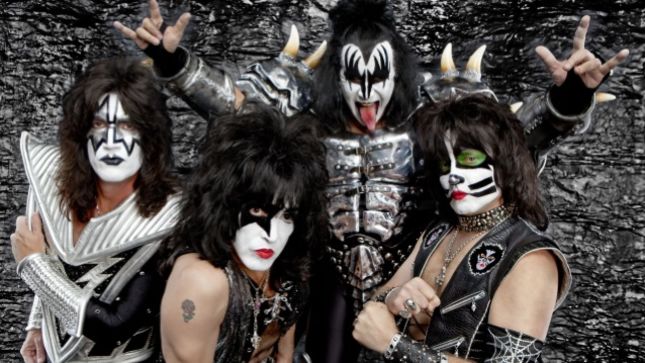 "If you will be in the Los Angeles area, come see KISS on the The Price Is Right on Monday, December 3rd!

The first 40 KISS Fans who bring the attached flyer will be admitted to the taping. Please wear your KISS shirts!

If you plan to attend, please email KLeroux67@yahoo.com with your full name and contact information." 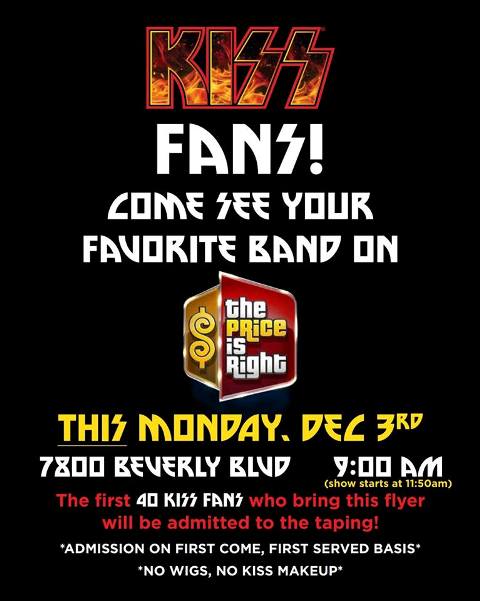 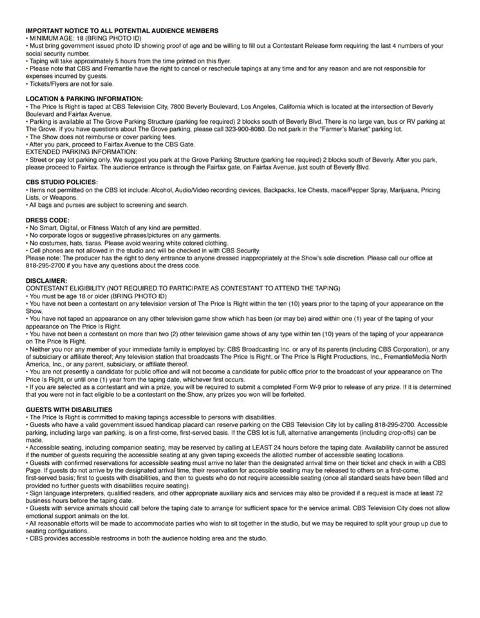 For larger versions of the required flyer go to the official KISS Facebook page here. 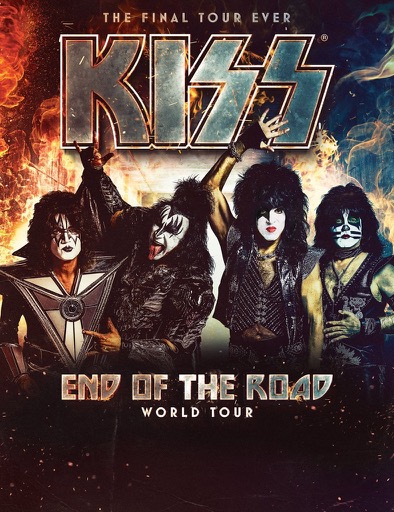