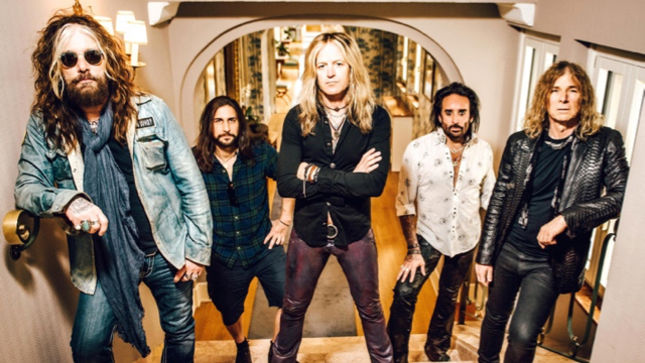 The KISS Kruise VI will be sailing out of Miami to Cozumel and Grand Cayman from November 4th to 9th, 2016.

In addition to KISS, the following bands have just been confirmed to play aboard the boat: The Dead Daisies, Magnetico, Cleveland's Breakfast Club, Teaze, Sophie Simmons, and Evan Stanley, with more to be announced.

"We are excited to announce that we will be joining KISS aboard this year's The KISS Kruise, dubbed Creatures Of The Deep, based on KISS' classic album Creatures Of The Night, from 1982," says The Dead Daisies.

"With this being the third time on the Kruise, we hope to reconnect with the many KISS friends and fans we met over the past two years. KISS fans will also have the opportunity to catch our new lineup in the US from August 10th when we join KISS on their Freedom To Rock tour."

As guitarist David Lowy comments: “The band are really looking forward to this year’s Kruise and can’t wait to rock out with our new guitarist Doug Aldrich. Come see us and say hi on the Kruise and the US tour where we'll be signing posters.”

The Daisies will play various stages throughout the cruise, showcasing tracks from their new album, Make Some Noise, which will be released August 5th.

The KISS Kruise VI is now on sale to everyone and there are less than 100 cabins available. To celebrate, organizers have unveiled the KISS Kruise VI official website, complete with original artwork. These Creatures Of The Deep can't wait to lead you on a subterranean voyage filled with your favorite sea monsters that rock n' roll all night. Are you ready, kruisers? Even if you didn't book a cabin in the pre-sale, it's not too late to join this KISS Navy mission!

And now, a word from your hosts, KISS: