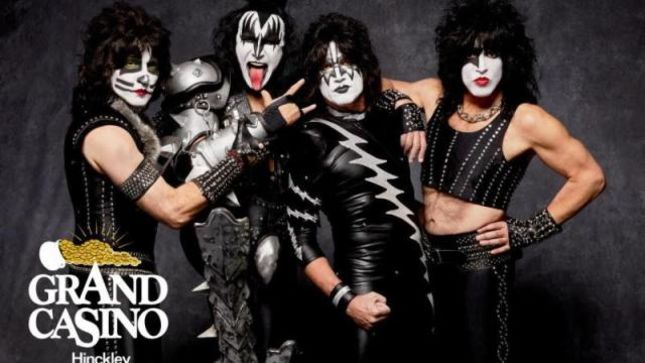 A new KISS show has been announced. The band will rock the Grand Stage at Grand Casino MN in Hinckley, Minnesota on Saturday, July 15th. KISS Army Fan Club ticket pre-sale in on February 23rd at 10:00am CT and runs until 10:00pm on February 24th. Tickets go on sale to the public on February 25th at 10:00am CT. Go to this location for more information.

KISS' US tour schedule is now as follows:

KISS have announced a series of arena shows across Europe in May. Paul Stanley, Gene Simmons, Eric Singer and Tommy Thayer heard the calls from their European fans and they return for the first time since 2015’s series of sold out festival and arena shows across Europe, hot on the heels of the bands sixth sold out KISS Kruise. The complete tour schedule is available below.