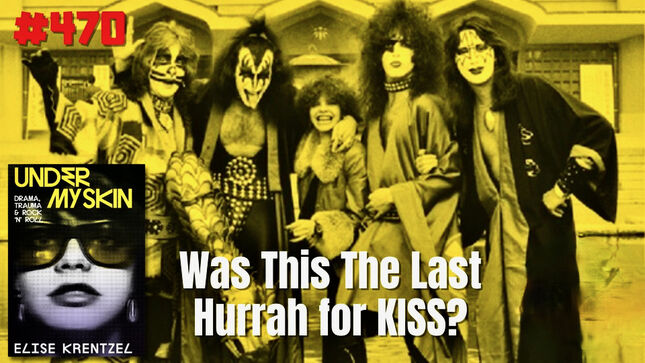 Episode #470 of the Three Sides Of The Coin podcast is available for streaming below.

A message states: "Wow! That’s all we can say about this week’s guest Elise Krentzel! Elise was on of the very few reporters in 1977 that KISS selected to fly with them to Japan and cover the entire tour. Elise just released a book Under My Skin: Drama, Trauma & Rock ‘n’ Roll where over the course of a few chapters she takes the reader inside the 1977 KISS tour of Japan. Some amazing stories, but the most jaw dropping would be her dinner with Bill Aucoin where he told her, “Fact is, this is the last hurrah for the band. After the Pacific tour and Canada, we record one more album, and then the band’s finished.” What! KISS was finished? We’ve never heard this claim before."