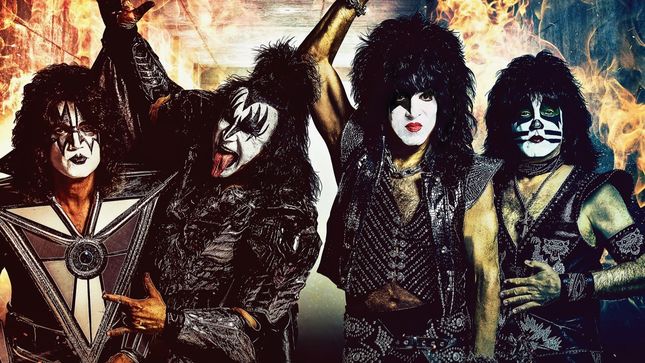 After an unparalled 45 year career, KISS will launch their final tour ever beginning in January 2019, appropriately named, End Of The Road.

“This time out is far beyond what we have done before, not just because of technology. It is because the meaning of this tour is so, so great because we have been an indelible part of people’s lives, but guess what -- people have been an indelible part of our lives,” KISS vocalist / guitarist Paul Stanley tells Billboard columnist Taylor Mims. “A thank you is in order, but also one last time to live up to what everybody says we have been and what we are.”

The band promises bigger than ever stage theatrics, technology and brand-new attire. Bassist / vocalist Gene Simmons explains that each member has designed new outfits for the tour, put together and embellished with that signature KISS flair, including nine-inch platform boots.

“These are new outfits that we took a long time to craft. All of us design our own stuff. At the end of the day we are fully complete by ourselves. We’re not only in KISS, we’re fans of the band. I’m on stage with these guys. I look across the stage, and wow. We’re the greatest band on earth.”

And “For all the audience saying, ‘Will you play a deep cut?’ Why? We have ‘Detroit Rock City’, ‘Love Gun’, ‘Rock And Roll All Night’, ‘Shout Out Loud’, ‘Firehouse’, ‘Hotter Than Hell’, and the list goes on and on,” says Stanley. “There isn’t room for some obscure song. Songs that are obscure are obscure for a reason.”

Stanley adds, “And if we’re going to please a handful of diehards, the real crazy diehards and have 20,000 other people go ‘What’s that?’ or “Let’s go out and get a Coke’ then we are failing the masses. We wouldn’t do that.”

Read the complete Billboard interview at this location.