KISS Rocks Vegas Returning To The Big Screen In Canada For One Night Only; Details Available 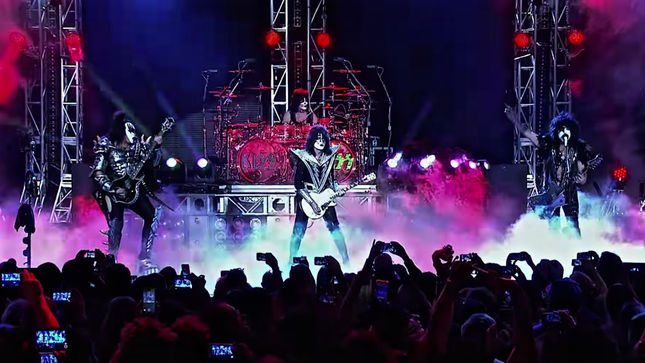 "Merry KISSmas Canada! We are so excited to have KISS Rocks Vegas back on the big screen for one night only in the Great White North! Grab your tickets here. You could win some great prizes that we sent up for MusicVaultz to give away!"

Music Vaultz will showcase KISS Rocks Vegas on Monday, December 12th. Tickets are available now via the link above.