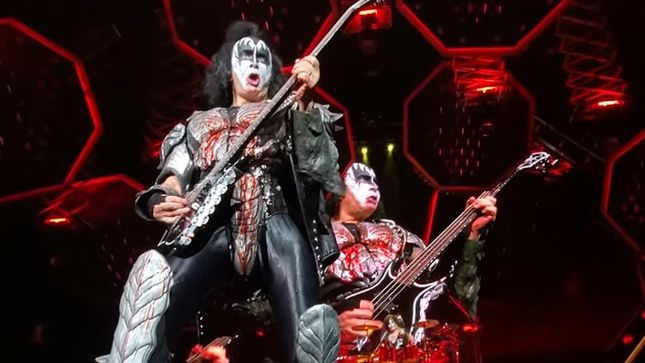 KISS have released more End Of The Road pro-shot footage - today it’s “Let Me Go, Rock & Roll” from their stop in Indianapolis:

KISS recently released the fourth episode of their End Of The Road Pit Stop series, stating, "We're taking you behind the scenes with exclusive crew interviews, backstage footage, and never seen before moments from our final tour ever."

Three previous episodes can be seen below: