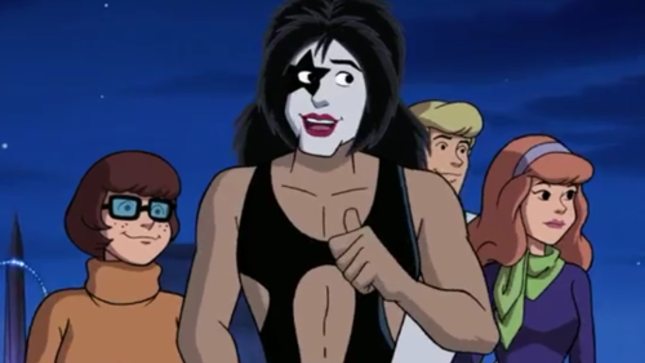 KISS takes center stage in the latest Scooby-Doo full-length animated film, Scooby-Doo And KISS: Rock and Roll Mystery, set for release by Warner Bros. Home Entertainment on July 21st, 2015. Two short clips from the film can be viewed below