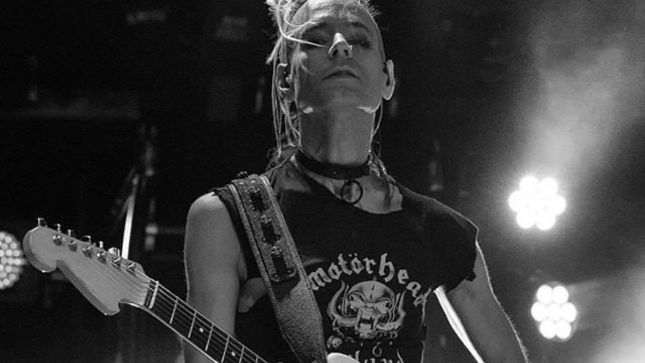 Andee Blacksugar, guitarist for industrial metal pioneers KMFDM (and former onstage foil for postpunk gothfather Peter Murphy) has released a new album under his Black Sugar Transmission initiative (whose past efforts have featured cameos from Vernon Reid of Living Colour and Dug Pinnick of King's X). It is a song-for-song re-imagining of Motörhead's imperishable 1979 album Overkill.

Andee made the album in five days and brought his friend and sparring partner Jason Bieler (Saigon Kick) into the mix for a scorching solo on "Damage Case".

Overkill can be streamed and downloaded on Black Sugar Transmission's Bandcamp page here, or check it out using the player below.