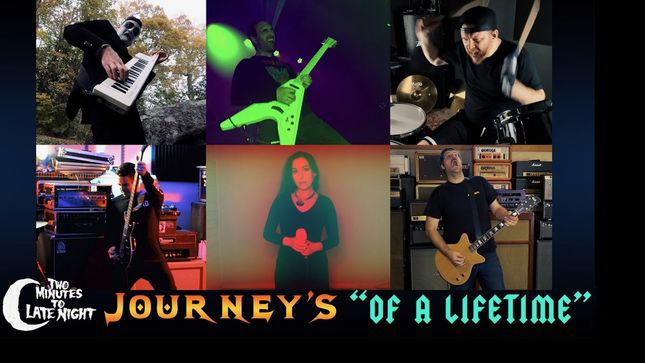 Two Minutes To Late Night is back with another cover, this time taking on "Of A Lifetime", the opening track of Journey's self-title debut album, released in April 1975.

A message states: "Journey, but it's not where we get our sick shoes or that song from Family Guy. When Kurt Ballou (Converge, producer of every metal album you love from the past two decades) says he wants to cover the literal first Journey song you know he's gonna make it shred!

"This is our 29th bedroom cover made with the support of Patreon. With so many musicians stuck at home with no outlets, we're going to keep producing these style videos and use Patreon to give some money to everyone who has a part in them. Please support our friends by donating to our newly redone Patreon at honorableswords.com."