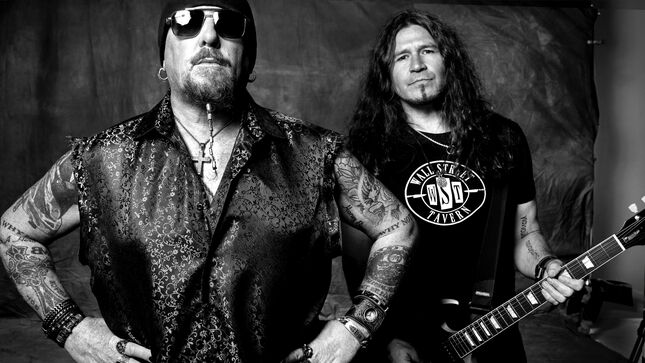 Rocker Kurt Deimer continues to further his fast-rising career. In addition to recently wrapping up live shows in support of his debut EP Work Hard Rock Hard - which he recorded with his bandmate, creative partner and Bon Jovi guitarist Phil X - the multi-talented Deimer will soon unleash his horror film franchise on the world.

“My debut feature film, which I star in, is called Hellbilly Hollow,” says the actor/singer. “I was in Trading Paint with John Travolta, and I was in Halloween in 2018, where I was killed by Michael Myers. I had so much fun on those movies, I decided to flush out these ideas I had and do my own franchise - now Hellbilly Hollow is finally ready for the world!”

Fans of Deimer’s music shouldn’t be concerned with him focusing solely on film, as he is impatiently waiting for the next tour to be lined up. “I cannot stand sitting at home not knowing when my next show is, I’m ready to play! This is rock n’ roll, and the best way to build our fanbase is to be out there in front of them. It’s so hard to grab people’s attention over social media and amidst all the chaos of the world – the best way to turning them on to what we do is getting people out to live shows.”

The feedback from the audiences that Deimer has played in front of has been outstanding. “Every time we play, we turn folks in the crowd into our fans. I go to the merch booth and sign autographs, take pictures and selfies, and people are always saying how refreshing we are, how unique we are. The biggest challenge I face in this business is everybody tells me I have to fit in this kind of niche, and I’m my own guy, we’re our own band, and we have our own unique sound – but we’re still a rock band, like AC/DC and Van Halen. All we need to do is play for people, and they realize what we’re all about.”

And in September, Deimer will be opening a string of shows for Tesla in the US. Ticket info can be accessed here. 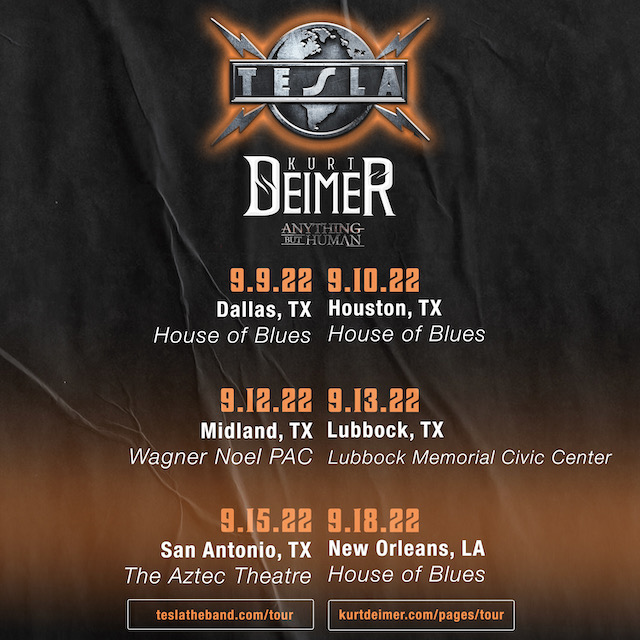 Although it’s been less than a year since Kurt made his debut, he’s already amassing quite the highlight reel. “I met Geoff Tate, he gave me a chance and gave me my first tour, and he was in a music video with me. He was on the song ‘Burn Together’ on ‘Work Hard Rock Hard,’ and he totally gave me an opportunity – like somebody probably gave him back in the day. Second highlight: going out on the Yngwie Malmsteen tour and winning over fans. He’s a shredder, and we came out and did our brand of rock, and I think we complimented each other very well. Another highlight was bringing my demo to L.A. and Chris Lord-Alge thinking it was good enough and seeing potential in me. He discovered me and took me under his wing. And yet another highlight was Chris bringing me and Phil X together to do our first song as a team, a cover of Pink Floyd’s ‘Have a Cigar.’ Now, Phil X and I are great friends and we’re on a mission together for the rest of our lives.”

Kurt’s future plans? “Tour, tour, tour, tour... We’re working on some really cool stage productions. We want to continue towards our goal of bringing our unique style around the world and play for people and make differences in people’s lives. We want to give back to the communities we play in, give back to those who risk their lives for us - veterans, our military and first responders - and just continue to build as a rock band, grow, and mature.”