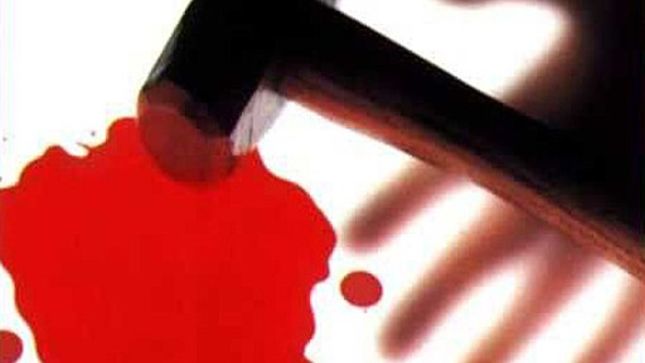 Metallica drummer Lars Ulrich and guitarist Kirk Hammet recently spoke with Metal Hammer, giving a rundown of every song on the band's Kill 'Em All album. Following is an excerpt from the interview.

If there’s one song that represents the birth of thrash as we know it, this is it. Fellow Bay Area denizens Exodus might have kickstarted the genre, but Whiplash took it to the world. The rest is history.

Lars: “On 'Whiplash', we just tried to play as fast as we could and have it make as much sense as possible. One of the bands we were listening to, who were an influence on 'Whiplash', was Venom. That first record (1981’s Welcome To Hell), with songs like 'Angel Dust' and 'Live Like An Angel (Die Like A Devil)', was a big inspiration. They took the energy and speed of what Motörhead were doing and made it a little more heavy metal – Motörhead had more of a punkish attitude. Venom need to get namechecked more when people talk about Metallica’s early days.”

Who in the band was pushing Metallica to peak velocity?

Lars: “It was something that we were just doing together. I don’t sit here and go, ‘I did this, he did that.’ We all just ended up living together, being on top of each other 24/7. We drank the same beer, ate the same shitty food, listened to the same music, like you do when you’re 18 or 19 years old. I don’t think one person was more responsible for this than any other guy was. It was more us just trying to make it heavier and faster and more over-the-top.”

Is there a more enduring Metallica song than "Seek & Destroy"? A mainstay of the band’s live show since their early days – they’ve played it more than 1,300 times – its immortal riff first made an appearance on the legendary No Life ’Til Leather demo.

Lars: “That main riff is a classic Hetfield riff. In its demo version, 'Seek & Destroy' was two chords, two versions and a middle bit. But one band you can’t leave out of a conversation about Metallica’s influences are Mercyful Fate. They had long songs that were journeys through all different moods and dynamics and light and shade, and they were responsible for us lengthening our own songs. By the time we’d spent six months listening to Mercyful Fate, we’d added an extra verse, an extra chorus and started making the arrangement longer. It was a matter of trying to better it, I guess.”

Were you conscious that you were writing a song that you’d still be playing 35 years later?

Lars: “Ha ha, we weren’t conscious full stop. No, absolutely not. Without sounding too full of ourselves, we always treated the songs as equals. We felt that the song before 'Seek & Destroy' and the song after it were just as good. And the one thing we didn’t have was a lot of songs to choose from. Kill ’Em All was not the 10 best songs we had in 1983 – it was the 10 songs in 1983. You read interviews with other bands: ‘Yeah, we wrote 20 songs and picked the best 10 for the record.’ That’s not our approach. What’s the point of writing a song if it wasn’t good enough to go on the record? There weren’t seven leftover songs for the Ride The Lightning album. Every single song that we’ve ever written, you’ve heard.”